'The Anarchists' charts the predictable implosion around 'Anarchapulco' and its founders 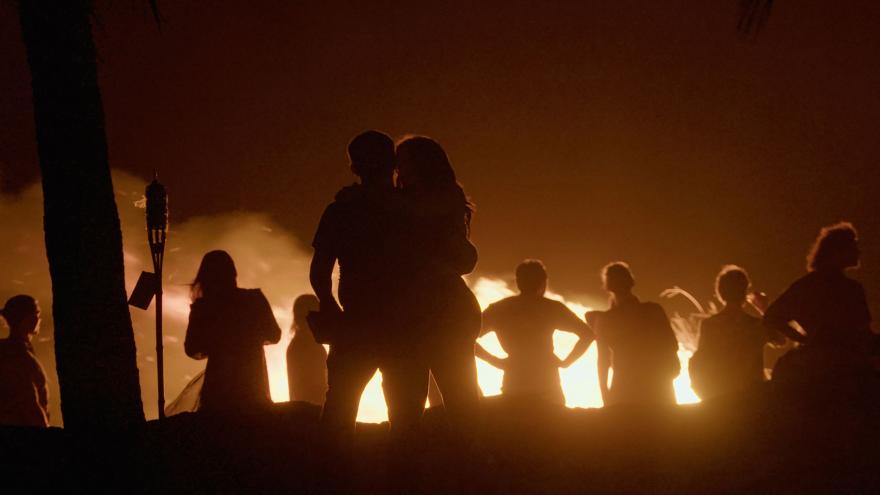 (CNN) -- The docuseries has become a fertile space for strange sects and outlandish personalities, and HBO's "The Anarchists" certainly falls squarely within that zone. Possessing a bit of a Fyre Festival vibe, this six-part project is a mostly fascinating trip down a very particular rabbit hole, assuming that you can stomach the steady diet of took-one-political-science-class psychobabble that goes with it.

Indeed, the great irony of something like "The Anarchists" hinges on its focus on people who smugly believe their way of life is vastly better than that of the rubes who go along with societal norms, only to end up feeding a sense of superiority among those watching in the TV equivalent of craning one's neck to see an accident.

Covering a six-year span, director Todd Schramke provides a window into an event known as Anarchapulco, a gathering of those who advocate anarchy and achieving a "state of self-rulership," one that doesn't recognize governments and questions laws.

As one might expect, the people drawn to such a philosophy tend to lean toward the eccentric, placing many of those who chose to settle in Mexico to pursue this life at odds and turning the event that spawned it into "this haven for crazy people," as member Lisa Freeman says.

The byproducts of that acrimony and chaos take the story in various directions, from investment in crypto currency -- and an entity known as BitClub, which was charged in 2019 with being a Ponzi scheme -- to an unexplained murder and fears of a volatile participant who seemed capable of violence.

"Not all anarchists are going to like each other and get along," says Lily Forester, a name used by one of the members, which exhibits a gift for understatement given that the whole point is predicated on marching to one's own drummer, making this an inordinately difficult group of cats to herd.

Schramke does an adequate job explaining the roots of the anarchist impulse and how all roads lead to author Ayn Rand, whose books and celebration of individualism have echoed through the decades. More broadly, it speaks to how colorful hucksters can find helpful platforms for their views, which comes through in snippets of shallow media coverage that Anarchapulco and its participants received.

Perhaps inevitably, the weirder "The Anarchists" gets, the more compelling it becomes, in much the way something like "Q: Into the Storm" did. At one point, founder Jeff Berwick provides a straight-faced discussion of portals to other dimensions, which almost sounds like a detour into the Marvel Anarchic Universe.

Ultimately, the documentary serves as an obvious cautionary tale about the appeal of nonconformist movements that require cooperation among people who aren't inclined to trust anyone, including each other.

"We started out wanting to fight the government, but we ended up fighting ourselves," Berwick concedes.

While turning that conflict into entertainment might not be especially admirable, when it comes to the kind of train-wreck documentary fare that tends to draw a lot of attention, well, we didn't make the rules.

"The Anarchists" premieres July 10 at 10 p.m. ET on HBO, which, like CNN, is a unit of Warner Bros. Discovery.