The American bald eagle population has quadrupled since 2009, report says 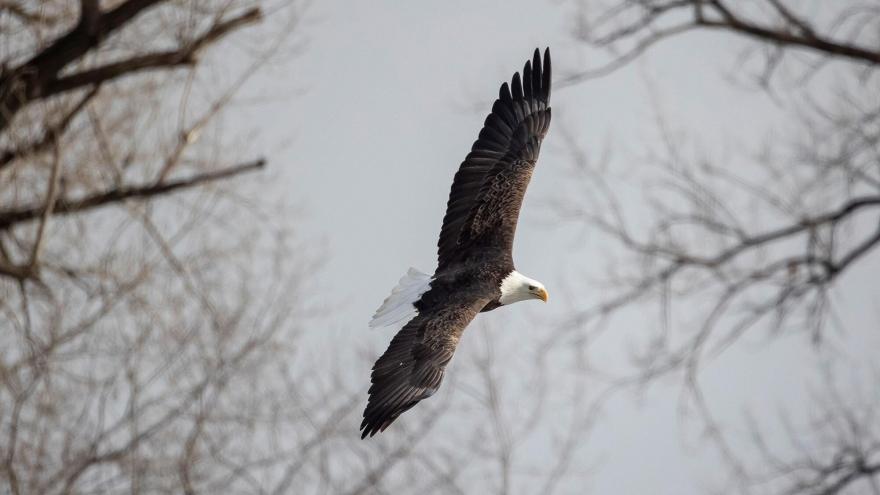 The US Fish and Wildlife Service said in a new report that bald eagles have quadrupled in size since 2009.

(CNN) -- Bald eagles, once on the endangered species list, are now thriving, according to a recent report.

The US Fish and Wildlife Service said in a new report that bald eagles have quadrupled in size since 2009. Over 316,700 bald eagles, and more than 71,400 nesting pairs, were present in the lower 48 states during the 2019 breeding season, according to the report.

"This is truly a historic conservation success story," US Secretary of the Interior Deb Haaland said in a news briefing.

"The bald eagle has always been considered a sacred species to American Indian people and similarly it's sacred to our nation ... The strong return of this treasured bird reminds us of our nation's shared resilience and the importance of being responsible stewards of our lands and waters that bind us together.?

In 1963, there were only 417 breeding pairs, and in a national effort to save the iconic bird, the federal government banned the use of DDT in 1972. The bald eagle was then placed under protection of the Endangered Species Act, which allowed the government to protect the habitats of bald eagles.