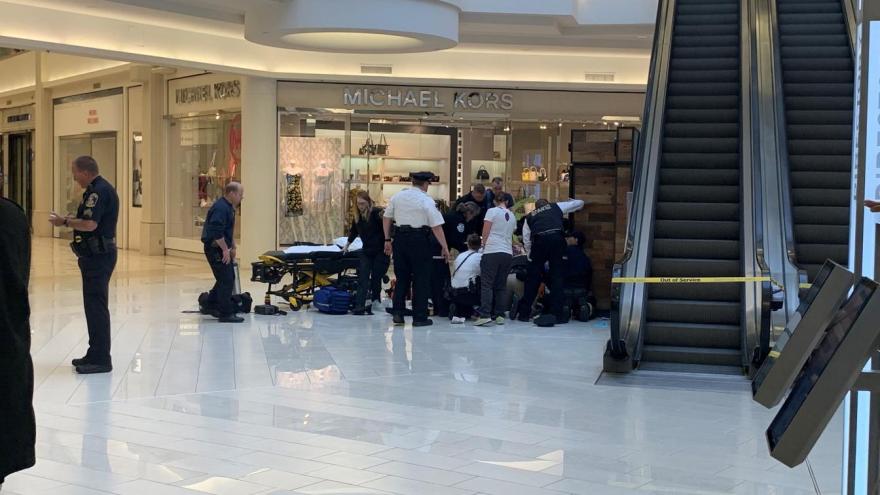 **Embargo: Minneapolis, MN** The 5-year-old boy who was tossed off a third-floor balcony at the Mall of America in Minnesota in April is now back at home.

(CNN) -- The 5-year-old boy who was tossed off a third-floor balcony at the Mall of America in Minnesota in April is now back at home.

An update on the family-run GoFundMe account says the boy -- who fell from nearly 40 feet -- completed his inpatient rehabilitation and will now enter "the next phase of recovery."

"(This) includes continued outpatient rehabilitation for multiple injuries and adjusting to life back at home and school," the update read.

The boy, who has not been publicly identified, was outside a café with his mother when 24-year-old Emmanuel Aranda came close to them, picked up the child and threw him over the railing.

Aranda told police he had come to the mall a day earlier intending to kill an adult, but that did not "work out," according to the criminal complaint. He returned a day later and chose the child.

Aranda pleaded guilty in May to attempted premediated first-degree murder and was sentenced to 19 years in prison.

The young boy was in critical condition after the April 12 incident and spent months in intensive care before moving to rehab.

"Thank you to all who prayed for us and loved us during the past 4 1/2 months," his family wrote this week. "You helped to give us hope and show us the Glory of God's great love here on earth even during the darkest of days."