The 2017 travel ban may be associated with preterm births among women from the targeted countries, study says 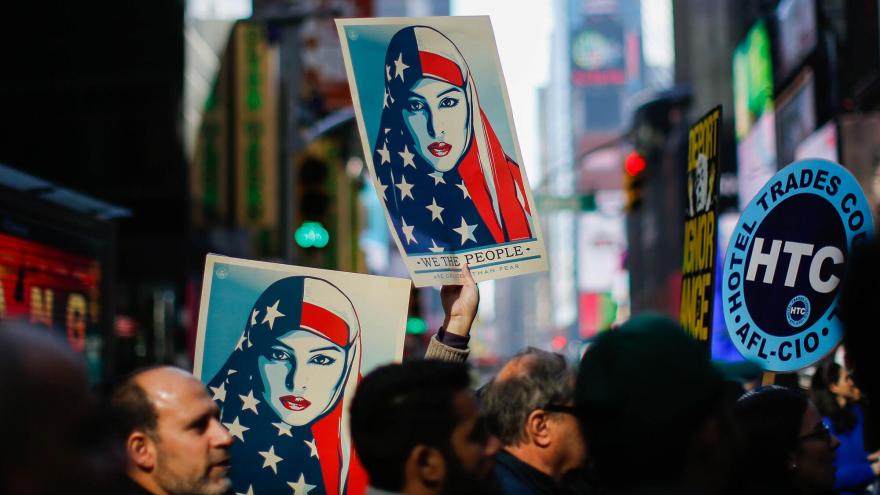 Researchers found an increase in preterm birth rates among women from countries on the 2017 travel ban.

(CNN) -- The 2017 travel ban imposed by the Trump administration on seven Muslim-majority countries may be associated with an increase in preterm births among women from those countries residing in the United States, according to a new study.

Researchers found an increase after the ban, with a preterm birth rate of 8.6% between February and September 2017. That percentage rose from 8.5% before the ban, between January 2009 and December 2016.

The 0.1 percentage point increase may not seem dramatic, but it means that the odds of women from these countries having preterm births increased by 6.8%, according to lead author Goleen Samari, an assistant professor at the Columbia University Mailman School of Public Health.

"It's a massive change when you think about a 6.8% increase," Samari told CNN. And because these women typically have better birth outcomes than non-Hispanic White women, Samari says, going from better to worse is significant.

Stress could be reason behind preterm births

To calculate the change, the team used a time series model to estimate the expected preterm birth numbers had the ban not been issued. They used data beginning in 2009 to see what the expected number of preterm births among women from the banned countries would be in 2017 and 2018, after the ban went into place. The team then compared the expected amount of preterm births to the actual amount, showing the elevated trend.

The researchers could not say why the policy led to a rise in preterm births. However, Samari says that the researchers hypothesized that it was due to stress -- either the initial acute stressful shock of the first order or chronic stress exposure as the ban continued to change and make headlines for its court filings or protests.

Another reason could be a decline of quality care, as some women may have avoided prenatal care because they may have felt like they were in a discriminatory environment, Samari says.

Researchers also noted some limitations in their analysis, notably that they did not use individual-level information in their analysis, like maternal facts, political ideology or gestational risk factors that may have contributed to preterm births.

The study stands out for its focus on women from the Middle East and North Africa, who tend to be overlooked as they are classified as non-Hispanic White in data, the researchers say. They add that no study had focused on the impact of a policy that is considered xenophobic and Islamophobic.

Preterm births and poor birth outcomes are "sensitive markers of temporally acute stressors from social and economic threats to war, hate crimes, and socioplitical threats," the researchers wrote in their analysis.

Other studies have pointed to similar findings. After September 11, women with Arabic names were 34% more likely to have a low birthweight infant than before the attacks, according to a 2006 study. Another study, published in 2018, found the passage of a restrictive immigration law in Arizona correlating with lower birth weight among infants born to Latina immigrant mothers.