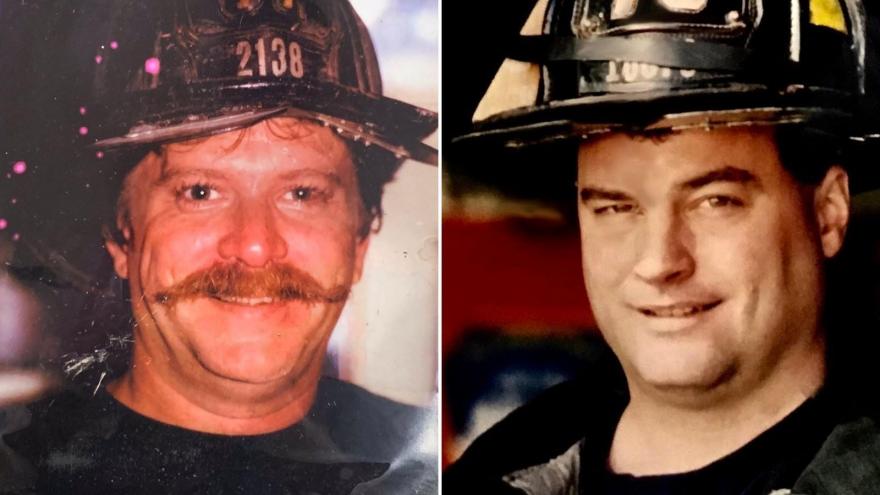 (CNN) -- New York officials say 200 firefighters have now lost their lives from illnesses stemming from their time working at the World Trade Center after the terror attacks on September 11, 2001.

Richard Driscoll, who was the 200th firefighter to succumb to an illness related to the World Trade Center, served the New York City Fire Department for 32 years, and was cited for bravery five times during his career, according to FDNY.

In a tweet Thursday, New York Mayor Bill de Blasio paid his respects to firefighters Richard Driscoll and Kevin Nolan. "They didn't hesitate to run into danger. They stayed until the work was done," he said.

Nolan, the 199th firefighter to die from 9/11-related conditions, served the department from 1989 to 2007, retiring with Engine Company 79 in the Bronx.

"It is almost incomprehensible that after losing 343 members on September 11, we have now had 200 more FDNY members die due to World Trade Center illness," Fire Commissioner Daniel Nigro said in a statement. "These heroes gave their lives bravely fighting to rescue and recover others. We will never forget them."

According to the Centers for Disease Control and Prevention's World Trade Center Health Program, exposure to the 9/11 terror attacks may have caused a range of health conditions, including acute traumatic injuries, as well as diseases of the respiratory and digestive systems.

The CDC says those exposed to the attacks also develop cancers that include lymphoma, leukemia and myeloma.

Meanwhile, lawmakers on Capitol Hill are working to extend the September 11th Victim Compensation Fund, which is scheduled to expire in 2020.

Sen. Kirsten Gillibrand had sought to extend the fund all the way through 2090 by using unanimous consent, which would fast track the measure. But Sens. Rand Paul and Mike Lee blocked the move, citing the bill's price tag.

Last month comedian and activist Jon Stewart testified before a congressional committee, urging lawmakers to quit delaying and get the job done.

He lambasted lawmakers for their poor attendance at the hearing, with a crowd of first responders behind him.

"There is not a person here, there is not an empty chair on that stage, that didn't tweet out, 'Never forget the heroes of 9/11,'" an emotional Stewart said. "Well, here they are. And where are they?"

He scolded lawmakers, "Your indifference cost these men and women their most valuable commodity -- time."