The 1918 flu caused Halloween cancellations across the US. It could happen again 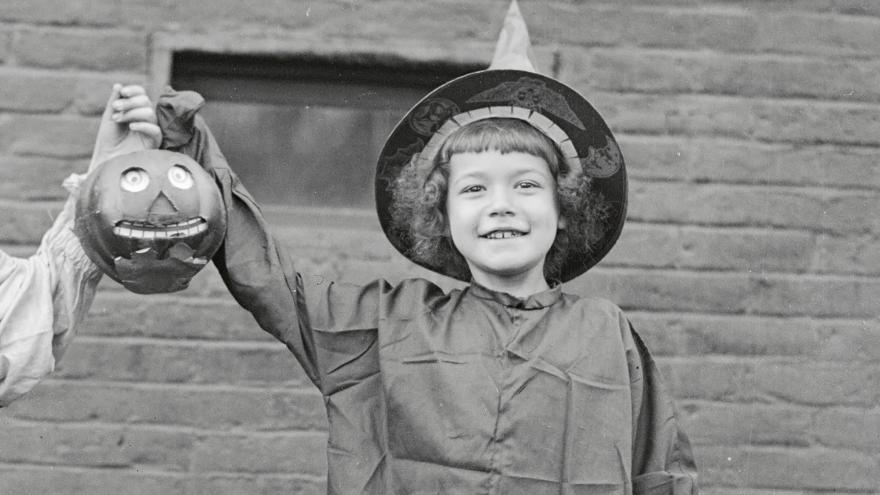 Los Angeles County, for example, has led the charge by issuing formal guidance that recommends against trick-or-treating and bans outright haunted houses, festivals and other traditional festivities that would fall under current Covid-19 health guidelines, according to the county's public health department.

The decision is history repeating itself: During the 1918 influenza pandemic, "Halloween parties in general, as well as other social functions attracting large numbers of people (were) discouraged" by LA health authorities, according to an October 30, 1918, Los Angeles Times report.

The fall of 1918 was the second and worst wave of the 1918 flu pandemic, which killed between 50 million and 100 million people worldwide.

"Not only was the peak of death right before Halloween, but they were still experiencing pretty severe waves," said Carolyn Orbann, an associate teaching professor in the department of health sciences at the University of Missouri-Columbia.

The highest death rates occurred from October to December, possibly due to a deadlier strain of the virus and crowding in hospitals and military camps.

"In most places in the United States, by October 31 of 1918, conditions would have been grim," said Elizabeth Outka, a professor of English at the University of Richmond and author of the book "Viral Modernism: The Influenza Pandemic and Interwar Literature."

"A lot of things were shut down: stores, schools, churches," said Outka. "There was widespread disruption and a widespread sense that public gatherings were not a good idea."

As the flu ravaged the globe, many US cities saw the need to restrict or ban Halloween celebrations.

'A kill-joy of Halloween's usual festivities'

"Oct. 31 — noiseless Halloween! Never heard of one?" wrote a reporter for a local newspaper in Santa Ana, California. "Well, San Francisco is going to have one tonight, Chief of Police White announced this afternoon. Noise disturbs influenza patients, he declared—and San Francisco has thousands of cases.

"The board of health's order forbidding parties, further acts as a kill-joy of Halloween's usual festivities."

San Franciscan authorities weren't the only municipal leaders to throw water on denizens' appetites for spine-tingling chills and spirits.

Latrobe, Pennsylvania, banned all "Hallowe'ening" over concerns that celebrating "might be the means of spreading the disease which is claiming so many lives in other parts of the country," said Burgess J. E. Peebles, as reported in the Latrobe Bulletin. Peebles added that he would integrate plainclothesmen into the police force but trusted everyone would comply so that arrests wouldn't be necessary.

The city of Rochester, New York, thought any "fun should be curtailed." The night's "revels (lacked) the spirit of previous affairs," Buffalo journalists reported. Denver anticipated a quiet night as well, as the city banned parties where "ducking for apples, pinning a tail on a donkey while blindfolded and other amusements and features" were usually enjoyed.

With war in mind, some cities banned traditions that would have wasted food. "I saw a report from Missouri where I guess normally they would throw dry corn into each other's houses," Orbann said. "It said, 'the price of corn is too high for us to scatter the dry corn.' So the kids scattered the white fuzz that comes off of cattails around ponds."

Though cities banned public gatherings, some people still threw house parties. "People weren't flaunting rules," Orbann said, "but instead working within existing rules as they were understood at the time."

The costs of carrying on

Witnessing the horrors of the 1918 flu didn't mean that gatherings "weren't happening as we see with (Covid-19)," Outka said.

"In 1918, there were stacks of coffins, stacks of bodies, grave diggers were just exhausted and more and more overrun," Outka added. "But nevertheless, there is this sense of an invisible enemy that makes it hard to — if you're not sick, or if somebody in your house is not — to remember how incredibly dangerous this is. ... People desire normalcy."

Dallas saw "unusually rough and boisterous" celebrations during the Halloween of 1918, according to a Dallas Evening Journal report.

"Members of the Dallas police and the attendants at the Emergency Hospital are breathing sighs of relief at the passing of Halloween with its din, noise, pranks and accidents," the report began.

"The police squad wagon was kept on the run making investigations, and the ambulance and Emergency Hospital staff had an unusual rush of business." Crowds of mischievous boys wreaked havoc; police received false reports; and accidents left both people injured and cars damaged.

Though the virus people are dealing with now is new, the fatigue caused by the crisis is not. A reporter for The Birmingham News in Alabama wrote that "after almost a month of confinement and smarting under the bitterness of a closed city ordinance, all of Birmingham 'cracked under the strain' and went 'Halloweening.'"

"This night was more gloriously observed and property was more thoroughly devastated than at any time," he added. "Ghosts by the thousands swarmed through the streets."

One night of fun might have been part of the price some paid for increasing mortality. Fatalities from the flu peaked in November, which was reportedly the deadliest month of the pandemic — though largely due to Armistice Day on November 11, which marked the signing of the armistice between the Allies of World War I and Germany and temporarily ceased warfare on the Western Front.

Halloween during (another) unprecedented pandemic

That Los Angeles County's restriction on traditional celebrations occurred in 1918 as well is "somehow comforting," Orbann said, since that pandemic eventually ended.

As we approach Halloween, "everything that is a large gathering is likely to be on the table," Orbann added.

And we might look to the safer choices of the past when considering how to celebrate Halloween this year.

"Based on my research of 1918," Outka said, "it certainly seems like a reasonable thing to do something different for Halloween this year, even though I love the holiday and I think it's really great.

"I think being alive is also really great."