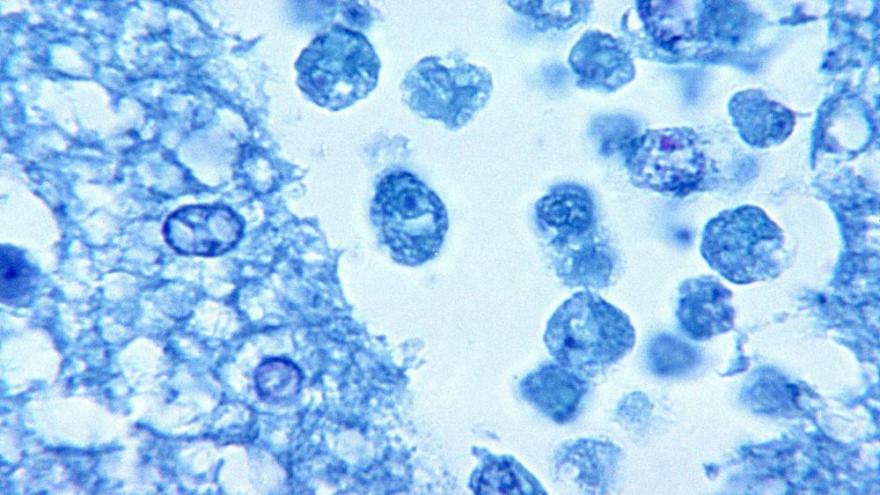 A Texas girl has died after battling a brain-eating amoeba for more than a week, according to her family and school.

(CNN) -- A Texas girl has died after battling a brain-eating amoeba for more than a week, according to her family and school.

Lily Mae Avant, 10, swam in the Brazos River and Lake Whitney near Waco over Labor Day weekend, CNN affiliate KWTX reported. After being flown to Cook Children's Health Care System in Fort Worth on September 8, a spinal tap found she had contracted Naegleria fowleri, a single-cell living organism commonly found in warm freshwater, like lakes and rivers, according to the Centers for Disease Control and Prevention.

Valley Mills Elementary School, where Lily was a fifth-grader, confirmed her death Monday on Facebook, saying the school district "is deeply saddened by the loss of Lily Avant. Lily was an absolute blessing to our elementary school. She was an outstanding student, but more importantly, Lily was an incredible person and friend to all."

"She has and will continue to touch lives around the nation," the school wrote.

An administrator on the Facebook page #LilyStrong, a family-made support group, wrote in a post: "Our beautiful little girl is completely healed and in the arms of Jesus."

Cook Children's Health Care System declined to comment when asked about Lily's death because the hospital had not received parental consent to do so, said hospital spokeswoman Kim Brown.

The Naegleria fowleri amoeba is known to enter the body through the nose, travels to the brain and destroys brain tissue, according to the CDC.

Between 2009 and 2018, 34 cases of the Naegleria fowleri infection were reported in the US, the CDC said.