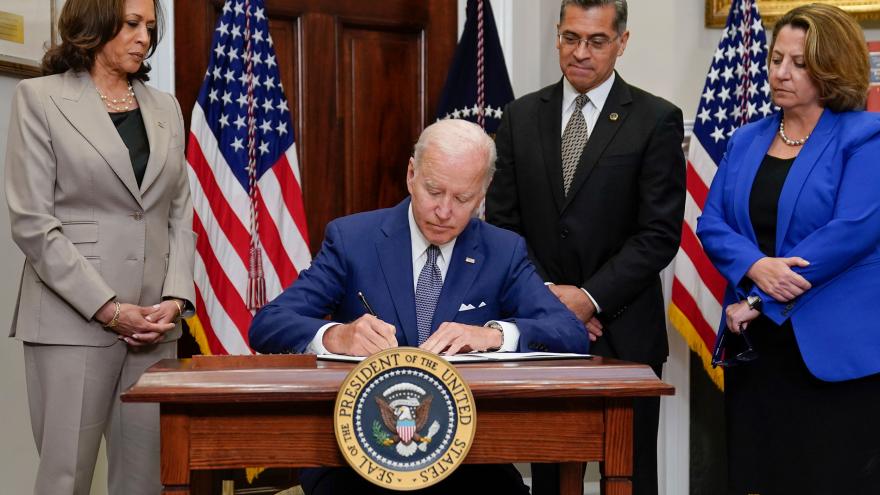 Texas is challenging recent guidance from the Department of Health and Human Services -- released Monday after an executive order by President Joe Biden last week -- asserting that federal law preempts state abortion restrictions when emergency care is needed and that the federal government can penalize institutions or providers that fail to provide abortions necessary for treating medical emergencies.

Texas argues that the law in question -- the Emergency Medical Treatment and Labor Act -- does not give the federal government the authority to force health care providers to perform abortions. The law sets standards for the treatment emergency patients must receive at certain health care facilities and threatens civil penalties, as well as loss of the Medicare or Medicaid funding, for violations.

"EMTALA does not mandate access to abortion or codify a right to an abortion as 'stabilizing treatment' for an 'emergency medical condition,'" the lawsuit said. "The Abortion Mandate cites no other federal law that would authorize or require an abortion. No federal statute, including EMTALA, supersedes or preempts the States' power to regulate or prohibit abortion."

The lawsuit was filed in the US District Court for the Northern District of Texas. Texas is asking the court to block enforcement of guidance and to declare the directive unlawful.

"The EMTALA Guidance explicitly threatens the Medicare provider agreements for any healthcare providers that refuse to abide by the Abortion Mandate," Texas said. "These hospitals are now threatened with having to choose between violating state law under threat of criminal penalty or jeopardizing their ability to participate in Medicaid."

The lawsuit argues that the guidance runs afoul of the Hyde Amendment, which limits the spending of federal funds on abortion care.

"By conditioning the receipt of Medicare funds on providing abortions under the terms of the Abortion Mandate, Defendants are requiring the use of federal dollars to coerce healthcare providers to supply abortions outside the allowable scope under the Hyde Amendment," the lawsuit said.

Additionally, the lawsuit claims the federal government violated administrative law in how it rolled out the policy.

A spokesperson for the HHS did not respond to CNN's inquiry.

White House press secretary Karine Jean-Pierre said in a statement that the lawsuit represents "yet another example of an extreme and radical Republican elected official."

"It is unthinkable that this public official would sue to block women from receiving life-saving care in emergency rooms, a right protected under U.S. law," she said.