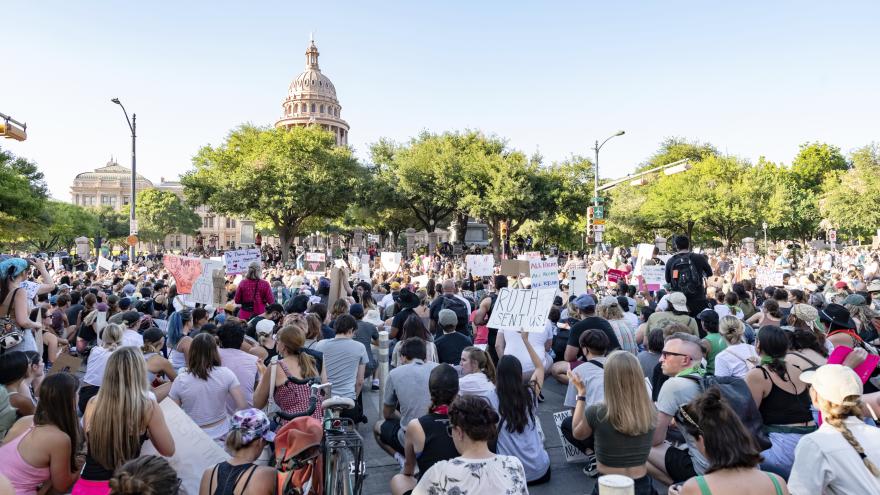 But the Center for Reproductive Rights has interpreted the stay to mean that the law cannot be enforced criminally.

CNN reached out to Paxton's office on Saturday to ask whether it agrees that criminal prosecutions remain stayed but has not received a response as of Saturday afternoon. Paxton, a Republican, lauded the state high court's ruling on Twitter on Saturday.

"Thanks to my appeal, (the Texas Supreme Court) has slapped down the abortion providers and the district court carrying their water," he wrote, adding that Texas' pre-Roe abortion bans are "100% good law."

A separate Texas law prohibiting abortion, its so-called trigger ban, will go into effect within the next few weeks.

After the US Supreme Court overturned Roe v. Wade on June 24, Paxton issued an advisory that told local prosecutors they were able to now bring prosecutions under the pre-Roe law.

Abortion providers in the state filed a lawsuit Monday against the handful of local district attorneys whose jurisdictions cover the locations of some of their clinics, as well as against some state officials, including Paxton.

On Tuesday, a Harris County district court judge issued a temporary restraining order against the 1925 abortion ban, which then allowed some clinics in the state to resume abortion procedures for up to around six weeks into pregnancy.

The district court is scheduled to hear arguments on the matter in a preliminary injunction hearing in the case on July 12, according to a release from the Center for Reproductive Rights.

Meanwhile, the Texas Supreme Court directed the parties involved to submit briefings by Thursday, July 7, at 5 p.m., over whether the district court has jurisdiction to enforce a criminal statute.

"These laws are confusing, unnecessary, and cruel," Marc Hearron, senior counsel at the Center for Reproductive Rights, said in a statement Friday. "Texas's trigger ban is not scheduled to take effect for another two months, if not longer. This law from nearly one hundred years ago is banning essential health care prematurely, despite clearly being long repealed."