Texas man suspected of killing 4 people, including a child, before taking his own life, police say 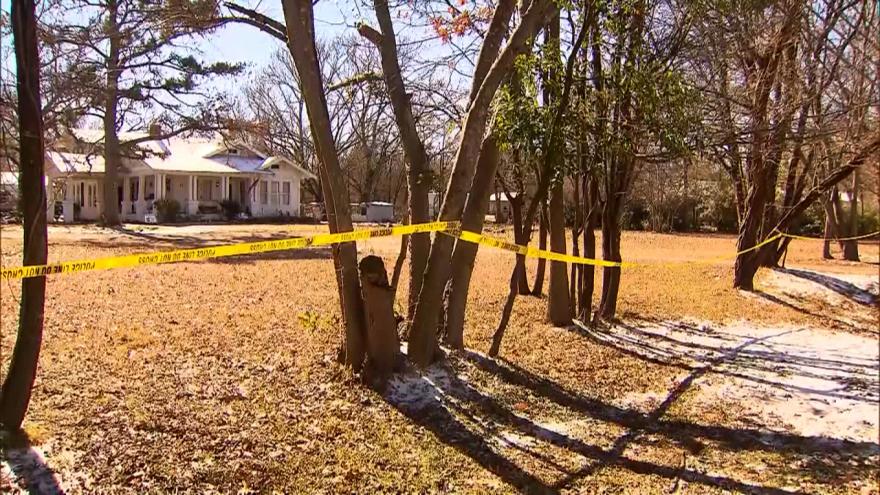 (CNN) -- A 41-year-old man is suspected of killing four people including a 4-year-old child, authorities in Corsicana, Texas, said.

Three other people were wounded in the shootings, which happened at two separate locations, police said.

Corsicana police responded to a 911 call saying that a gunman had killed members of his family early Saturday morning. Officers found two people dead at the scene. Two additional gunshot victims were found on the property and they were transported to a hospital.

Police identified the deceased as 68-year-old William "Bill" Mimms, stepfather to the suspect, and 61-year-old Connie Mimms, the suspect's mother. The names and conditions of the injured were not immediately disclosed.

Corsicana is a city in Navarro County, about 50 miles southeast of Dallas.

The Navarro County Sheriff's Department responded to a second location approximately 20 miles away in Frost, Texas, where the bodies of an adult male and a child were found. They have been identified by police as the suspect's 21-year-old son, Joshua Milazzo, and 4-year-old Hunter Freeman. Both suffered fatal gunshot wounds, according to the police statement.

CNN affiliate KTVT reported that their bodies were found by a sheriff's deputy near an intersection.

An adult female was also found with multiple gunshot wounds and was transported to a Dallas area trauma center. Her condition is unknown, the release said.

Police later located the suspect's car using its GPS navigation system and instructed the monitoring service to remotely turn off the vehicle's engine, according to authorities.

When Corsicana SWAT officers were able to move closer to the vehicle after it came to a stop, they found Kevin Milazzo critically injured from a self-inficted gunshot wound to the head. An officer administered treatment at the scene, and Milazzo was transported by ambulance to Navarro Regional Hospital where he died, the news release said.

CNN has reached out to police for further comment.