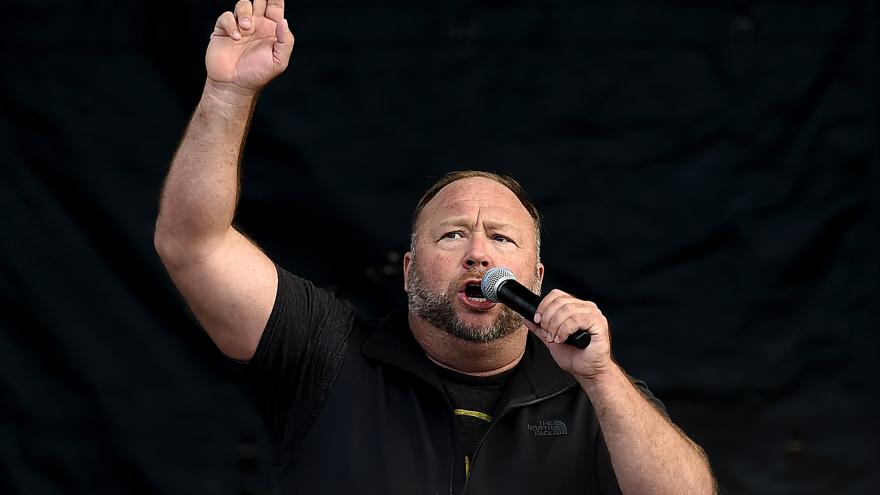 (CNN) -- A Texas judge on Wednesday postponed a trial that will determine how much right-wing conspiracy theorist Alex Jones will have to pay the families of two Sandy Hook shooting victims. The trial had been set to start next week.

The delay came after three companies tied to Jones, including the fringe media organization Infowars, sought bankruptcy protection earlier in the week -- a move that can temporarily pause civil litigation against businesses.

Jones, who is also being sued by the families of Sandy Hook victims in Connecticut, was found legally responsible in October for false claims he made about the tragedy that claimed 26 lives. The judge in the case, Travis County District Court Judge Maya Guerra Gamble, issued default judgments against Jones because he refused to comply with court orders.

Jones baselessly said in the aftermath of the Sandy Hook shooting that the incident was staged. Facing lawsuits, Jones has since acknowledged the shooting occurred. He said in a 2019 sworn deposition that a "form of psychosis" caused him to make his false comments.

When the three companies tied to Jones moved to seek bankruptcy protection, Mark Bankston, the attorney representing the parents of two Sandy Hook children in the Texas lawsuit, told CNN he believed Jones' move was a tactic and one that would ultimately fail.

"None of the Mr. Jones' ridiculous tricks have worked in the past, and this one will fare no better," Bankston said.

Neither Bankston nor a representative for Jones immediately responded to a request for comment Wednesday.