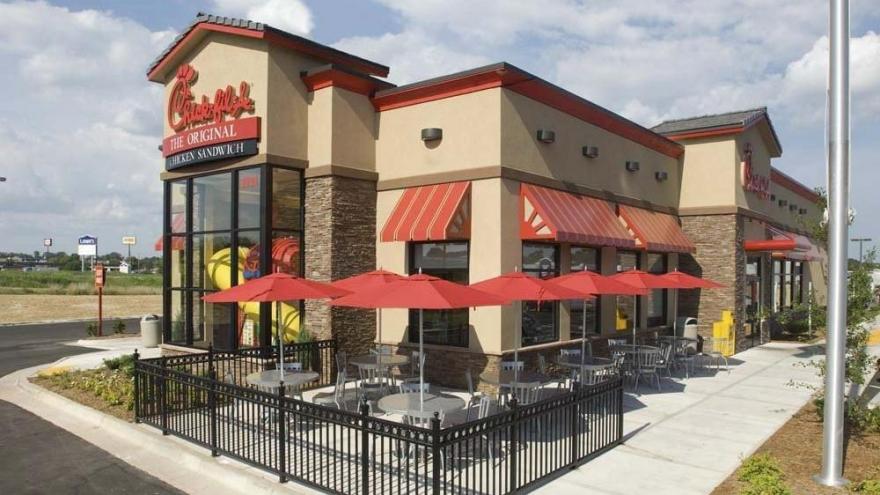 Abbott, a Republican, signed Senate Bill 1978, nicknamed the "Save Chick-fil-A" bill, on Monday, according to the Texas legislature's website, after the legislation cleared the state House and Senate last month. The chain has come under fire for its charitable donations to religious organizations, including the Salvation Army, that oppose same-sex marriage.

The measure prohibits the government from taking "adverse action" against any individuals or businesses based on membership, support or donations to religious groups. Before being sent to the governor, the bill was amended to remove language that would have allowed the Texas attorney general to bring action against any government entity or employee that refused to comply with the bill.

Abbott's office did not immediately respond to CNN's request for comment on Wednesday.

The legislation comes after the San Antonio City Council in March approved a new concessions contract for the San Antonio International Airport on the condition that fast food chain Chick-fil-A be excluded. Texas Attorney General Ken Paxton announced an investigation that month into whether the city violated Chick-fil-A's religious liberty with its decision.

The legislation's companion bill in the House was killed last month when Democratic Rep. Julie Johnson -- one of five members in the Texas House's LGBTQ caucus -- used a parliamentary action to delay and ultimately kill the legislation.

Johnson was among the bill's critics who argue that under the legislation, private businesses could legally discriminate against some customers.

But the Senate bill's author, Republican Sen. Bryan Hughes, has argued that the bill is needed in the wake of San Antonio's Chick-fil-A vote.

The fast food chain previously denied in a statement that it was involved in any way with the legislation.