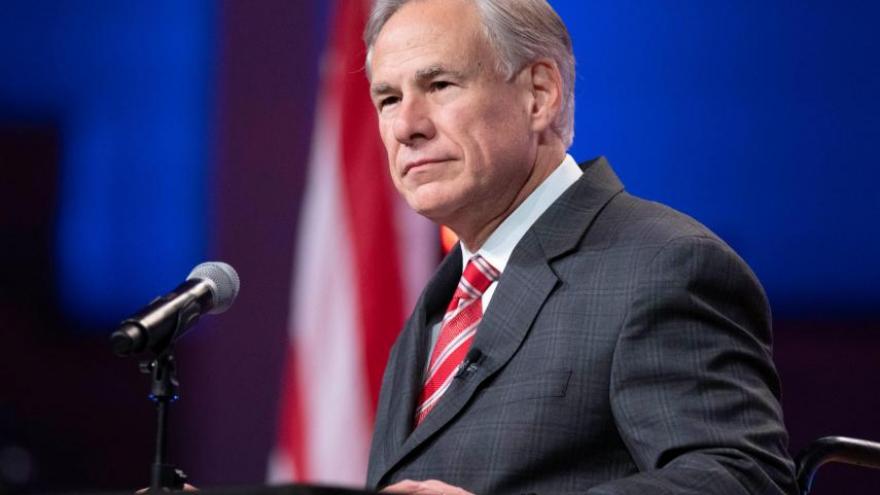 (CNN) -- Texas Gov. Greg Abbott, a Republican, called on the state's school boards to remove books he described as "pornography," a move that comes after at least two state lawmakers have asked officials to investigate books in schools.

Abbot's letter, sent to the Texas Association of School Boards on Monday, did not cite a specific book that contains what he described as "pornography." Last week, Texas Republican lawmaker, Jeff Cason, released a statement calling on the state's Attorney General to investigate books he also described as "pornography." In his statement, he singled out the graphic novel "Gender Queer" by Maia Kobabe.

This is not the first time Kobabe's book and other LGBTQ books are targeted by politicians and community members.

Opinion: Controversy over 'Beloved' is so much bigger than one book

Another district in Keller, a city in Dallas-Fort Worth metropolitan area, removed Kobabe's book after receiving complaints that it contained "inappropriate images."

"Illustrations of this sort should never be available in the school environment. Ensuring our curricular materials are appropriate for students is a priority for Keller ISD. We are changing the process we use to review and approve books and related materials to prevent future incidents," the district said in a statement shared with CNN.

In Iowa last week, the Waukee Community School District removed "Gender Queer," and two other LGBTQ books from the Northwest High School library after a community member read sexual excerpts from the books during an October 25 board meeting, the school district's spokesperson, Amy Varcoe, told CNN over email.

"Gender Queer," a coming-of-age memoir about gender and sexuality, was released 2.5 years ago, and its author Maia Kobabe, only found out it was being challenged in schools this September.

"The thing that alerted me was being tagged in a short Instagram video of one of the school board meetings from Fairfax County, Virginia," Kobabe told CNN.

Since then, Kobabe has found out that "Gender Queer" has been banned or challenged from school libraries in at least seven states. ​

"The challenges are happening so fast now I can hardly even keep up with them," Kobabe said.

"Read the whole thing and judge for yourself, don't just go based on the one or two tiny clips you've seen on social media," Kobabe said.

Kobabe said libraries offer a safe space for someone trying to find out about themselves, especially if it's a topic they don't feel comfortable about.

The move to ban LGBTQ-related books from school libraries could push teens to the internet to find out about their identity, something Kobabe warns is dangerous.

"I know we have the internet, but the internet is absolutely rife with misinformation," Kobabe said. "And I think there's a danger if you Google some topics about queerness, that you will land on sites that either are misinformation or coming from a really negative point of view, or it will send you straight to pornography, unfortunately."

Deborah Caldwell-Stone, head of the American Library Association's (ALA) Office for Intellectual Freedom, told CNN that this year, and the last couple of months in particular, have seen a real increase across the country in challenges to books written by minority and LGBTQ authors.

"In September of 2021, we saw a 60% increase in challenges year to year from the previous year," she said.

The ALA is observing a growing number of challenges to materials that are either written by minority or LGBTQ authors, or books that reflect experiences of marginalized groups, she said.

The ALA relies on voluntary reporting and media reports as its source of data, Caldwell-Stone explained.

Caldwell-Stone said another trend they've noticed is how social media has amplified challenges to a particular title, especially graphic novels that deal with the LBGTQ experience.

"It goes viral, for lack of a better phrase, and we have actually seen several reports come in that echo the same language and challenges in another part of the country, clearly derived from social media, or viral videos," she said.

"And it's a real question whether the individuals have actually read the book or are just accepting what they're hearing on social media," she added.