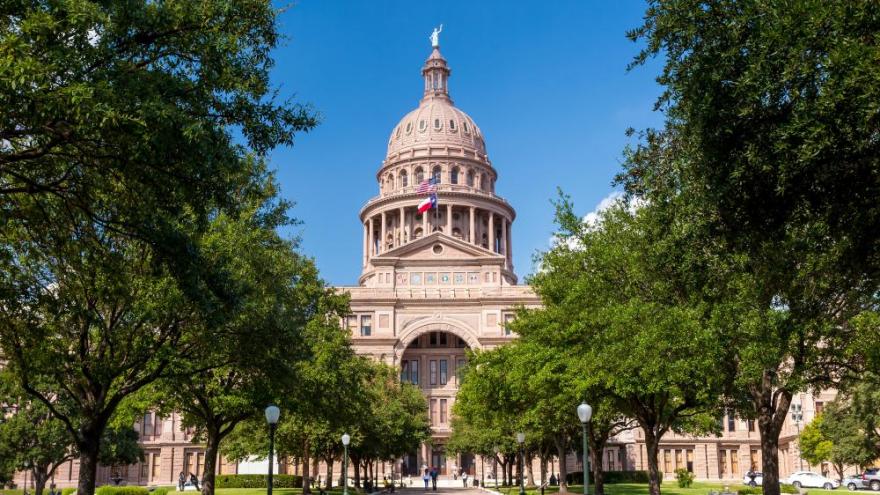 The Democrats' decision to leave the House floor in Texas and block the bill's passage came after hours of contentious debate.

(CNN) -- Texas Republicans' push to enact a slew of new voting restrictions was stymied -- at least for now -- by Democrats who walked off the state House floor late Sunday night, leaving majority Republicans without the quorum they needed to approve the bill in the final hours before a midnight deadline.

Their move effectively killed Senate Bill 7 for this year's legislative session. But it could soon be revived: Republican Gov. Greg Abbott tweeted Sunday night that he is adding "election integrity" to a list of topics lawmakers will address in a special session he plans to call.

"Ensuring the integrity of our elections ... will be added to the special session agenda," he reiterated in a statement Monday. "I expect legislators to have worked out their differences prior to arriving back at the Capitol so that they can hit the ground running to pass legislation related to these emergency items and other priority legislation. During the special session, we will continue to advance policies that put the people of Texas first."

Democrats left the chamber at about 10:45 p.m., CT, leaving Republican Speaker Dade Phelan to concede that the House did not have the 100 members necessary for a quorum and to adjourn the House for the night.

Republicans in Texas had sought to join Florida, Georgia and other GOP-controlled states that have seized on former President Donald Trump's lies about the 2020 election and adopted new restrictions that will make it harder for some of their residents to vote.

A source tells CNN that Rep. Chris Turner, the House Democratic Caucus chair, sent a text message to all of its members at 10:35 p.m., local time, that read, "Take your key and leave the chamber discretely. Do not go to the gallery. Leave the building."

Democrats' decision to leave the House floor and block the bill's passage came after hours of contentious debate -- including Republicans refusing to take questions from Democrats about what the bill would do.

"We used all the tools in our toolbox to fight this bill, and tonight we pulled out that last one," said Rep. Nicole Collier, who chairs the Texas Legislative Black Caucus, during a midnight news conference at a church in East Austin. "We are no longer going to stand and let them continue to push measures that disenfranchise our voters."

Collier compared SB 7 to poll taxes and other laws that have historically made it more difficult for Black and Latino people to vote.

"There's no widespread voter fraud. And so for them to mislead all of Texas into believing that there's an issue -- we're going to call them out for that," Collier said. "We may have won the war tonight, but the battle is not over."

Texas House Republicans said Democrats "chose to vacate their Constitutional responsibility and leave millions of Texans without resolutions on key issues," in a tweet posted shortly after the House adjourned.

Rep. Trey Martinez Fischer lambasted Abbott for failing to call special sessions in the past over Hurricane Harvey, mass shootings in the state, or the coronavirus pandemic, and said the governor's willingness to call one to impose new voting restrictions was purely about his own political ambitions.

"We will not participate in our own demise," Martinez Fischer said. "You may have the votes on the floor, but we're all equal in federal court."

Texas State Rep. Joe Moody, a Democrat, defended the move by his colleagues to CNN's John Berman on Monday and said although Abbott has the ability to call a special session, "at a certain point you have to draw a line and we've got to decide what's right and what's wrong."

"What's wrong is to take away the access to the ballot box, and all of us on the Democratic side of the aisle that chose this path knew the consequences, and we were willing to risk them," Moody said on "New Day."

Immediately after Democrats broke the House's quorum Sunday night, progressive groups celebrated the victory -- even though it may only be temporary.

"One of the ugliest anti-voter bills in the country died today in the 2021 Texas Legislature. Democratic lawmakers broke quorum in a courageous move that shows just how hard Texans are willing to fight to protect their constitutional right to vote," said Sarah Labowitz, policy and advocacy director of the ACLU of Texas.

What was in the bill?

The measure would have made mail-in voting more difficult by requiring voters to supply more information, prohibiting local elections officials from sending out absentee ballot applications to anyone who has not requested one or from working with get-out-the-vote groups that are encouraging Texans to vote by mail.

It would have prohibited the after-hours and drive-through options that voting rights advocates said helped Black and Latino voters in the Houston area cast their ballots in the 2020 election.

It would have required all weekday early voting to take place between 6 a.m. and 9 p.m. -- prohibiting Houston from again offering a 24-hour early voting opportunity. And it would have barred early voting on Sundays before 1 p.m., which effectively limits the "souls to the polls" after-church get-out-the-vote efforts that are popular among Black churches.

SB 7 would also have made it easier to overturn an election, allowing courts to throw out results if enough ballots were cast illegally that it could have made a difference -- rather than proving that fraud actually altered the outcome of a race.

The bill would also have imposed $1,000-a-day fines on local election officials who do not follow prescribed procedures to update their voter rolls, and criminal penalties on election workers who obstruct poll-watchers. Those partisan poll-watchers would have seen their power expanded, allowing them to be "near enough to see and hear" election activity. The bill did, however, mandate that the poll watchers take an oath promising not to harass or disrupt voters or the voting process.

Democrats' rare move evoked memories of 2003, when the party's Texas House members fled to Oklahoma to block the legislature from adopting new congressional district lines -- preventing state troopers from dragging them back into the Capitol to vote.

President Joe Biden on Saturday afternoon condemned the Texas measure, calling it "wrong and un-American" and saying it is "part of an assault on democracy that we've seen far too often this year -- and often disproportionately targeting Black and Brown Americans."

This story has been updated with a statement Monday from Gov. Greg Abbott.