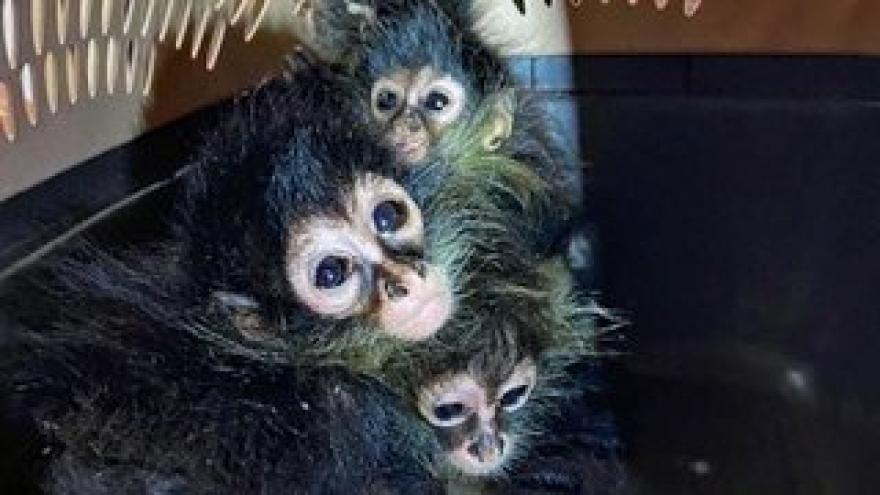 PROGRESO, Texas (KTVT) -- U.S. Customs and Border Protection officers and agriculture specialists at the Progreso International Bridge made “an unusual discovery” this past week when they found four undeclared spider monkeys concealed inside a duffle bag.

“While conducting their inspections, our officers will often encounter a myriad of prohibited agriculture products,” said Port Director Walter Weaver, Port of Progreso. “Sometimes these encounters yield hidden exotic animals, such as in this case.”

The monkeys were discovered on Dec. 30 in a 2017 Jeep Patriot driven by a 20-year-old female U.S. citizen driver.

Officers contacted U.S. Fish and Wildlife Service, which identified the animals as spider monkeys, which are considered New World monkeys found in tropical forests of Central and South America, including southern Mexico. They’re considered endangered under the Endangered Species Act.

The woman was issued a penalty by CBP and the spider monkeys were returned to Mexico.