Texas begins investigating parents of transgender teens for child abuse, according to lawsuit 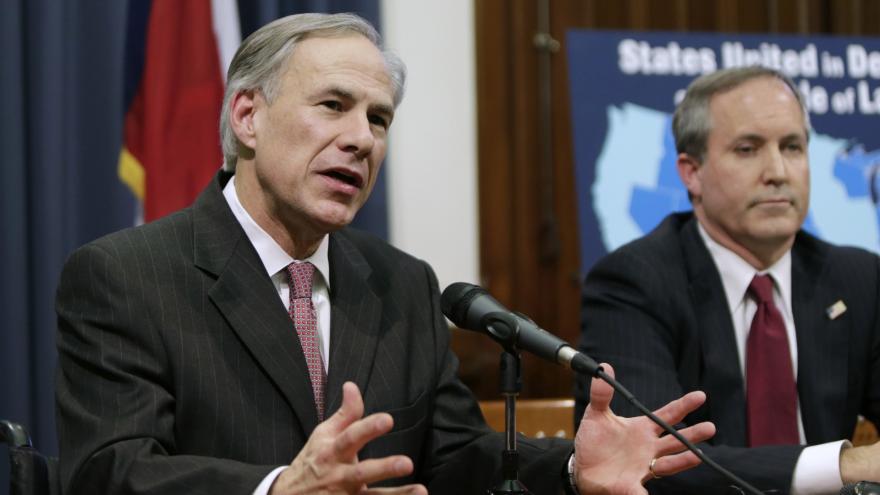 (CNN) -- The state of Texas has begun investigating the parents of transgender teens for child abuse, according to a lawsuit filed Tuesday by the American Civil Liberties Union, the ACLU of Texas and LGBTQ civil rights organization Lambda Legal that aims to stop the practice.

The move comes in the wake of Texas Gov. Greg Abbott signing an order instructing the state's Department of Family and Protective Services (DFPS) to investigate "any reported instances of these abusive procedures in the State of Texas." Abbott's order was prompted by a legal opinion issued by Texas Attorney General Ken Paxton saying gender-affirming treatments and procedures for transgender children are a form of child abuse, CNN previously reported.

Abbott and Paxton are listed as candidates in the Republican primary taking place in Texas on Tuesday.

According to the lawsuit, filed in the District Court of Travis County, the plaintiffs are identified as clinical psychologist Dr. Megan Mooney and the "supportive" parents, "Jane and John Doe," individually and as next friends of "Mary Doe," a 16-year-old transgender girl who has been diagnosed with gender dysphoria. Gender dysphoria is psychological distress that results when a person's gender identity and sex assigned at birth do not align, according to the American Psychiatric Association.

The lawsuit states that the family had begun gender-affirming treatment because "Mary was worried about having to undergo a puberty that would result in permanent physical characteristics not in alignment with her female gender."

Mary's parents saw how the possibility of beginning puberty caused her "significant distress and exacerbated her dysphoria," the lawsuit states.

"Being able to be affirmed as who she is, including through the course of treatment prescribed by her doctors, has brought Mary significant relief and allowed her to thrive," the lawsuit said.

Jane Doe, an employee of DFPS, asked her employer to clarify how the governor's order would affect the agency's policy, according to the lawsuit. She was then placed on leave "because she has a transgender daughter with a medical need for treatment of gender dysphoria," the suit said. DFPS Child Protective Services visited the plaintiffs' home after being informed they were under investigation, the suit said.

Jane Doe remains on leave pending the results of the DFPS investigation, court documents say. Should the investigation find the parents committed abuse, they would be put on the Child Abuse Registry "and be improperly subject to all of the effects that flow from such placement," according to the lawsuit. Jane Doe could also face termination and, as a result, lose the family's health care coverage, the lawsuit said.

"The Doe family is living in constant fear about what will happen to them," the suit said, adding they are also worried about the potential effects on their daughter's mental and physical health.

The DFPS said they were aware of the lawsuit "but have no comment."

The ACLU has asked a judge to issue a temporary restraining order, temporary injunction or permanent injunction, and requested declaratory relief from the investigations they claim have "caused terror and anxiety."

The plaintiffs accuse Abbott and DFPS Commissioner Jaime Masters of attempting "to legislate by press release" after the Texas legislature "failed to pass legislation criminalizing well-established and medically necessary treatment for adolescents with gender dysphoria."

In addition to causing emotional distress, the lawsuit alleges, the governor's order singles out transgender youth and their families for discrimination and harassment and threatens to deprive individuals of medical care.

CNN has reached out to the governor's office, Masters and Paxton for comment.