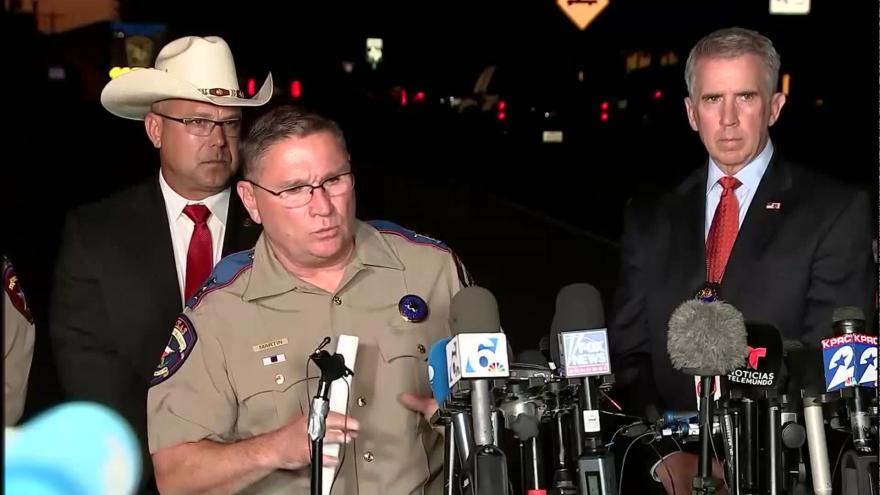 (AP) -- The shooter's name went unspoken at a news conference on the killings at a church in Sutherland Springs, Texas, and authorities there said they intend to keep refraining from saying it.

"We do not want to glorify him and what he has done," Texas Department of Public Safety Regional Director Freeman Martin said at the Monday briefing.

FBI Special Agent in Charge Christopher Combs agreed, saying "we don't talk about the shooter" in the hope that it "doesn't encourage other people to do horrific acts."

That choice reflects a larger movement of authorities, victims' families and academics who want to deny to mass killers the fame they often seek, and to keep from inspiring the next one.

The message: Don't hide information, but don't hype it. Report the name of a shooter when it's first released, then leave it out.

The movement was created by No Notoriety, a group at the forefront of the effort that focuses on spreading simple, meme-friendly ideas.

"Stop making rampage mass murderers famous," read a post on Facebook and Twitter, along with a blotted out photo of the Texas shooter, who killed 26 people.

"Focus on victims and heroes — not their killers!" one popular post said.

Caren and Tom Teves, whose son, Alex, was killed while shielding his girlfriend in the 2012 shooting in Aurora, Colorado, started the group. They were driven to act by feelings of disgust, but found common cause with experts.

While the immediate provocations for shooters differ — authorities in Texas said the shooting may have been prompted by a domestic violence situation — most seek the same kind of attention.

Zeynep Tufekci, a professor at the University of North Carolina who studies the social effects of technology, said evidence shows that future mass shooters were carefully watching coverage of the most recent attacks.

She has repeatedly urged — both online and in op-eds — that outlets should avoid repetition of the killer's name and face and steer clear of step-by-step discussions of their methods.

"It's past time that we considered less sensationalist ways of covering mass shootings, and reported such grim news without plastering the killer's name and face everywhere," Tufekci told The Associated Press in an email.

Tufekci said media outlets already are cautious in what they report about suicides for fear of inspiring copycats, and doing the same for mass shooters would be "just sound editorial policy, not censorship."

The policy of The Associated Press is to use the name of the alleged perpetrator as provided by police or other authorities.

The AP does have guidelines for withholding names and images in other cases, however, including those of people who say they have been sexually assaulted or subjected to extreme abuse.