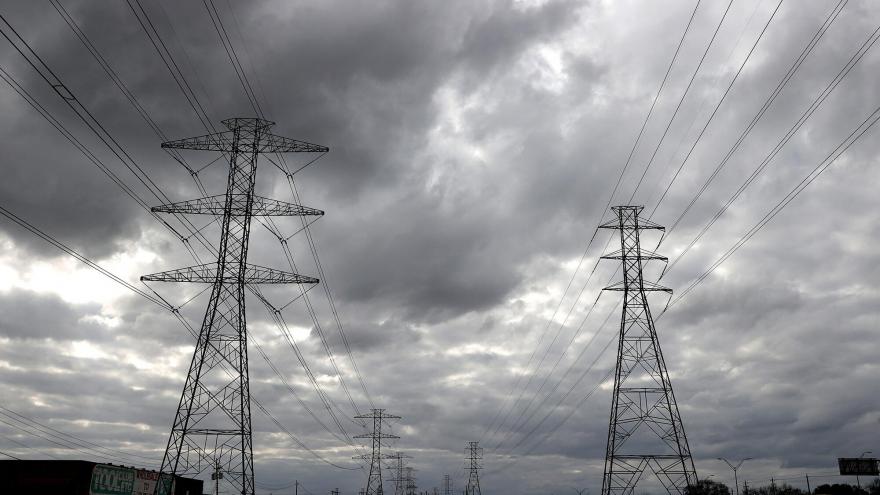 As the storm rattled Texas' power grid, Griddy, which connects customers directly to the wholesale electricity market for a monthly fee, "passed skyrocketing energy costs to customers with little to no warning, resulting in consumers paying hundreds or even thousands of dollars each day for electricity," Attorney General Ken Paxton, a Republican, said in a statement.

The lawsuit says Griddy misled customers and downplayed the incredible risk of its pricing scheme, which charges the most when customers are most vulnerable.

"I will hold Griddy accountable for their escalation of this winter storm disaster," Paxton said. "My office will not allow Texans to be deceived or exploited by unlawful behavior and deceptive business practices."

The lawsuit comes just two weeks after a winter storm led to power outages for millions of Texans, creating life-threatening conditions in the freezing temperatures and causing spillover shortages of heating, fuel, water and food.

While the vast majority of Texans pay a fixed rate for power and get predictable monthly bills, some Texans choose to pay based on the spot price of electricity at any given moment through Griddy.

When power generators struggled and demand for heating shot up during the storm, prices increased to the legal limit -- and Griddy customers paid the price with massive electric bills that were auto-debited from their bank accounts.

Last week, the Electric Reliability Council of Texas (ERCOT) revoked Griddy Energy's right to conduct activity in the state's electricity market for lack of payment, according to a market notice posted Friday.

Following ERCOT's decision, Griddy posted on their website saying they had "No choice but to power down," adding that "We have always been transparent and customer-centric at every step. We wanted to continue the fight for our members to get relief and that hasn't changed."

CNN reached out to Griddy on several occasions but has yet to hear back.

The AG's office said they received over 400 consumer complaints against Griddy in less than two weeks.

The lawsuit particularly targets Griddy's use of auto-debiting to "withdraw hundreds, if not thousands, of dollars from consumers' checking accounts in a period of days." This practice led to overdraft fees and prevented consumers from taking measures to protect themselves or save money to assist in paying the bills.

For example, the lawsuit cites the story of a 67-year-old Arlington consumer who lives off her social security checks. She said her Griddy bill was usually about $49 to $61 per month, but the company debited over a thousand dollars from her bank account in a matter of days, leaving her account overdrawn, the lawsuit states.

"My account is overdrawn. I cannot make it to the bank until Friday. My car is snow and iced ... I believe that there is an error on my account," she wrote in an email to Griddy on February 16. "Please give me until Monday when I can safely go out and take care of my balance. If I can safely go out before then, I shall. I'm 67. It's a safety hazard to go out at this time."

Her plea for mercy was unheeded, the lawsuit states.

Last week, a Texas woman filed a proposed billion-dollar class-action lawsuit against Griddy Energy that alleges the company engaged in unlawful price gouging during the outages. Her attorney, Derek Potts, released a statement on Monday praising the attorney general's filing.

"Since both cases have now been assigned to the same judge in Harris County, we look forward to working with the Attorney General's office to protect all Texans against the outrageous electric bills that were sent to Texas consumers during the middle of the storm and resulting crisis," Potts said.