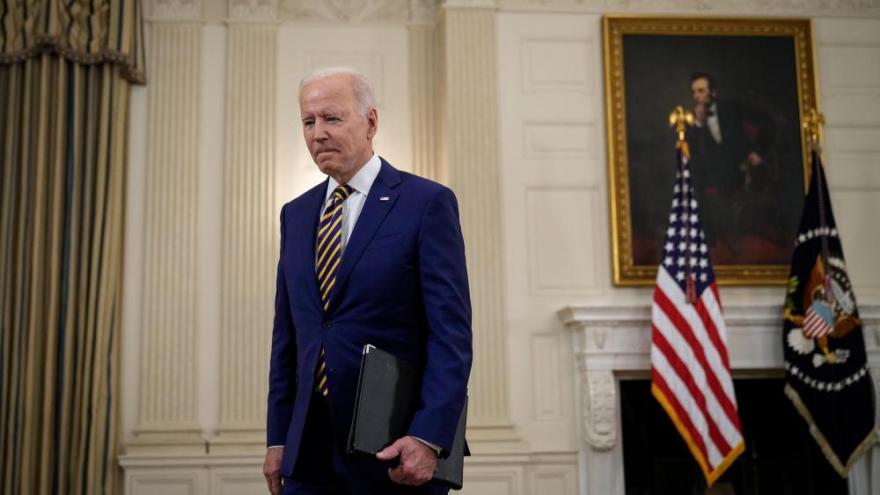 Texas on Friday filed a lawsuit against the Biden administration over its Covid-19 vaccine mandate for federal contractors, calling it unconstitutional.

(CNN) -- Texas on Friday filed a lawsuit against the Biden administration over its Covid-19 vaccine mandate for federal contractors, calling it unconstitutional.

The move followed an announcement hours earlier from the Missouri Attorney General's Office that a 10-state coalition had filed its own lawsuit against the administration for imposing a vaccine mandate on federal contractors and federally contracted employees.

The legal challenges are the latest from Republican-led states to sweeping and stringent new vaccine rules on federal workers, large employers and health care staff that President Joe Biden had announced in September. Biden has elevated vaccine mandates as an important tool to contain the deadly pandemic and prevent future outbreaks.

Separately, Georgia Republican Gov. Brian Kemp said Friday that he and officials from Alabama, Idaho, Kansas, South Carolina, Utah and West Virginia intended to file a complaint against the same mandate, according to a statement from the governor's office.

"In addition to being an unlawful and unconstitutional overreach, this vaccine mandate on federal contractors will only further divide Americans and hamstring our economy," Kemp said. "We will not allow the Biden Administration to circumvent the law or force hardworking Georgians to choose between their livelihood or this vaccine."

The challenges come a day after Florida Gov. Ron DeSantis announced that his state had officially filed a new lawsuit in Tampa against the Biden administration over the President's same order, which is scheduled to take effect December 8.

The White House responded to DeSantis' Thursday announcement by saying "vaccine requirements work" and that Biden has the authority to mandate them.

"This is a once in a generation pandemic that has taken the lives of more than 700,000 Americans, and the President has committed to pulling every lever possible to save lives and stop the spread of the virus. Vaccine requirements work: They're good for workers, good for the economy, and good for the country," a White House official told CNN on Thursday. "The President has authority to protect the federal workforce and promote efficiency in federal contracting in this way."

The official said the Department of Justice and the Equal Employment Opportunity Commission previously determined that Covid-19 vaccines can be required by employers.