Tesla stock is about to get much cheaper 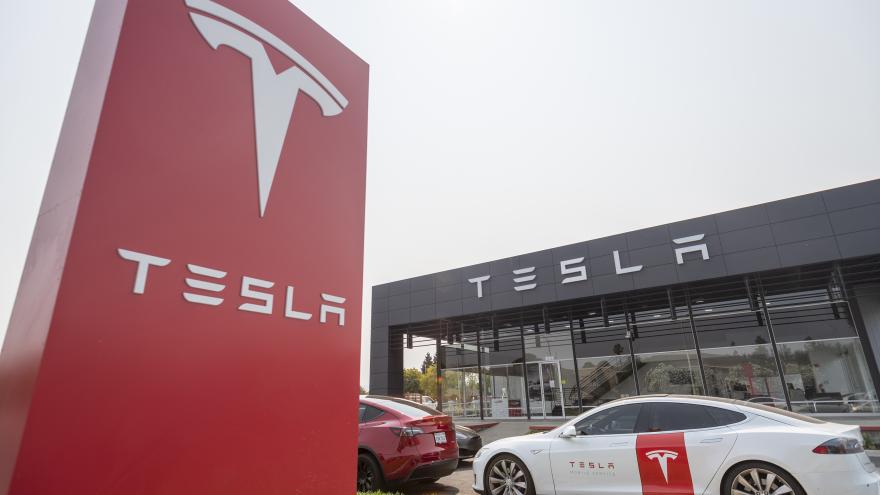 (CNN) -- Tesla shares are about to get three times less expensive.

The company announced Friday that its board approved a 3-for-1 stock split, its first split since August 2020.The split would need to be approved by shareholders at the company's annual meeting in August.

Tesla closed Friday at a little over $696 per share. If the split were to happen today, its stock would be worth $232 a share.

Don't worry, Tesla stockholders (which is pretty much everyone with a retirement account, these days) -- your stakes will still be worth the same. You'll be holding three times more shares when all is said and done.

Companies split their stocks for numerous reasons: Splits can put their stock within the reach of smaller, individual investors. It helps companies gain liquidity and splits can create more demand for a company's stock.

Although deep-pocketed institutional investors don't care about the company's overall stock price, individual investors might be turned off by high-priced shares. The growth of zero-fee trading apps, including Robinhood, E-Trade and others, have made stock splits much more important in recent years.

Tesla said it took those factors into consideration -- as well as employees who get paid in company stock.

"We believe the stock split would help reset the market price of our common stock so that our employees will have more flexibility in managing their equity, all of which, in our view, may help maximize stockholder value," Tesla said in a regulatory filing Friday. "In addition, as retail investors have expressed a high level of interest in investing in our stock, we believe the stock split will also make our common stock more accessible to our retail shareholders."

Tesla noted its stock has risen 43.5% since its last stock split, although shares have tumbled 34% this year as Big Tech and the broader market have taken a beating from inflation and higher interest rates. But Tesla, in particular, has struggled this year in part because of CEO Elon Musk's attempt to leverage his massive Tesla stake to purchase Twitter.

Other Big Tech companies also have recently announced stock splits to help boost their affordability and attractiveness to everyday investors. Amazon's 20-for-1 stock split went into effect Monday. Alphabet, which owns Google, also approved a 20-for-1 split that will take effect in July. Online retailer Shopify has a 10-for-1 stock split planned for later in June, while meme stock darling GameStop proposed splitting its stock as well.

Tesla's move may also be aimed at getting it included in the famed Dow Jones Industrial Average, which tends to include less expensive stocks. Apple, for example, announced a 7-for-1 stock split in 2014 and got included in the Dow in 2015.

The split is no guarantee that it will be included in the Dow, but the index may want the world's most valuable car company and a pioneer in electric vehicles.

Major company stock splits have become very in vogue in recent years. But one company with an alarmingly high stock price has never split and said it never would: Berkshire Hathaway.

At $439,780 a share, Berkshire shares are unapproachable for most individual investors. That's why it offers its B-class shares, which have split in the past, for just under $292.