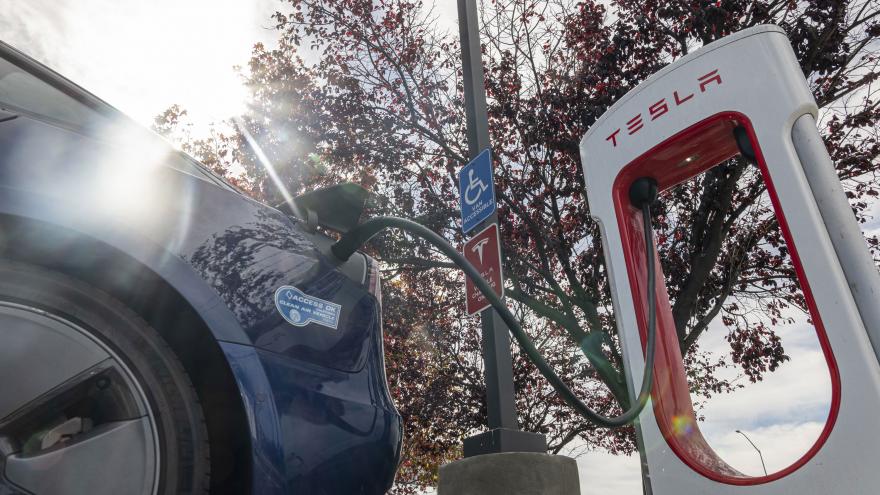 (CNN) -- More than $60 billion was wiped off Tesla's market value early on Monday after millions of Elon Musk's Twitter followers voted in favor of him selling 10% of his shares in the company.

Tesla shares fell by about 6% in premarket trading and in early trading on the Frankfurt stock exchange.

Musk tweeted Saturday that he would let Twitter users decide if he should sell 10% of the 170.5 million shares he holds in Tesla. The Twitterverse verdict: 58% of more than 3.5 million voters had said "yes" when the poll closed on Sunday.

"Much is made lately of unrealized gains being a means of tax avoidance, so I propose selling 10% of my Tesla stock. Do you support this?" the Tesla CEO posted.

He added that he would follow the poll's result whichever way itwent, buthas not yet announced what, if anything, he will do next.

Musk has previously fallen foul of regulators for posting tweets that have moved Tesla's stock price,without previously consulting the board or fully vetting the material information he was providing shareholders.

In 2018, the SEC charged him with fraud, after tweeting that he was considering taking Tesla private.

To settle the charges, Musk agreed to a court-approved deal that required that Tesla directorsreview any social media posts containing information "material" to shareholders.

Months later, after he was called out for defying the order, the settlement was amended to include a specific list of topics Musk needs permission to tweet about. The list includes tweets about the company's financial condition, production numbers or new business lines.

He has owned 80% of those 170.5 million Tesla shares since the company's initial public offering in 2010. In addition, he has the option to buy another 73.5 million shares. It's not clear if those shares would be counted in his holdings if the Twitterverse convinces him to sell 10% of his stake in the company.

As of Sunday, Musk was the richest man on Earth with a total net worth of $338 billion, according to the Bloomberg Billionaires Index.