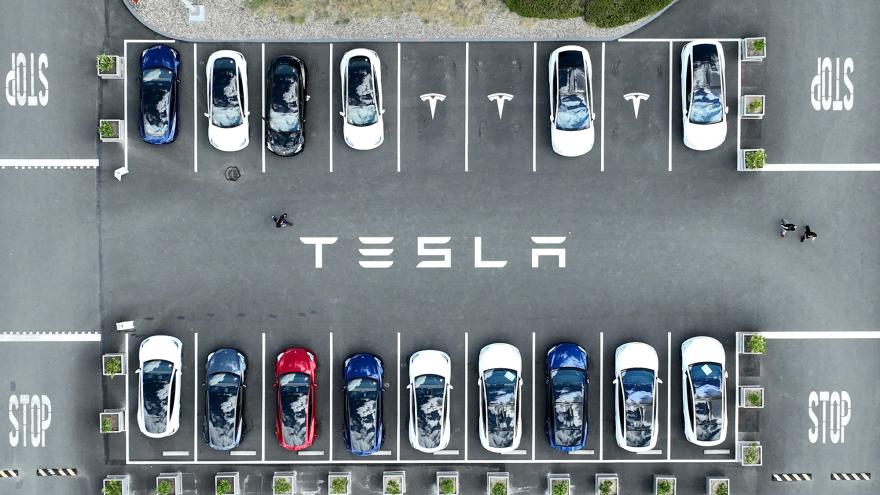 (CNN) -- Tesla reportedly paid a consultancy firm to monitor employees' Facebook interactions when some workers wanted to form a union at the company's factory in Fremont, California.

CNBC cited invoices and "other documents" that reportedly showed MWW PR monitored employees' discussions on the platform regarding the company's labor practices and a sexual harassment lawsuit. MWW PR reportedly tracked employees' conversations in a Tesla employee Facebook group from 2017 to 2018.

The PR firm monitored the social media platform "for commentary on organizing efforts, and to conduct research specifically on organizers, going on to develop labor communication plans, media lists, and pitches based on their reconnaissance," CNBC said.

In a statement to CNBC, MWW PR said it "consulted with Tesla in 2017-2018 on a broad employee communications engagement during a period of rapid growth at the company."

"It is a common practice to review media coverage and public social conversation about a company to gain insights into issues and perceptions of stakeholders about the brand," the firm said.

Musk has been a vocal critic of unions, notably the United Auto Workers' efforts to organize his employees. In March, he invited the union to hold an organizing vote at the company. He said that Tesla is able to hire and retain workers only in the current, very tight labor market by paying and treating them well, and he is not concerned about having a union vote at the company.

He's also spoken about "free speech" following his announcement that he was purchasing Twitter.

"By 'free speech,' I simply mean that which matches the law," he said in one of his many recent tweets on the subject. "I am against censorship that goes far beyond the law. If people want less free speech, they will ask government to pass laws to that effect." Musk has also said he thinks Twitter should be more "reluctant to delete things" and "very cautious with permanent bans."