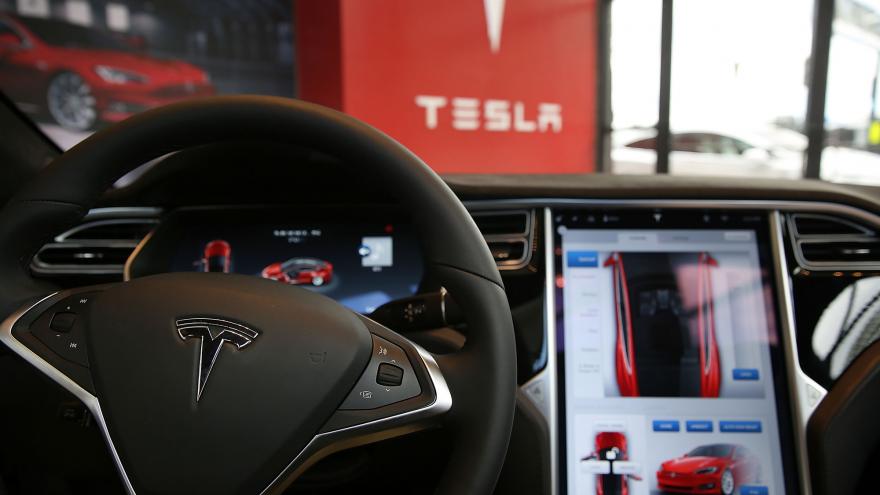 (CNN) -- Federal safety regulators are investigating Tesla for a feature that allows drivers to play video games while the car is in motion.

The documentation for the investigation, disclosed Wednesday by the National Highway Traffic Safety Administration, said the feature, known as "Passenger Play," has been available to drivers since December 2020. The games appear on a dashboard touchscreen and are intended for passengers. But nothing prevents drivers from playing while the car is being driven, according to the documentation associated with the investigation.

Prior to December 2020, gameplay was enabled only when the vehicle was in park, the NHTSA investigation document said. Even if the game is being played by a passenger and not the driver, it "may distract the driver and increase the risk of a crash," according to NHTSA.

Tesla has been pushing the envelope in providing driver assist features that allow its cars to slow down, speed up, and even change lanes without active participation from the driver.

The company cautions that drivers using such features, known as "Autopilot" and "FSD," for full-self driving, must stay alert and keep their hands on the wheel. But Tesla has been criticized for making it easier for drivers to not pay attention, as well as for a number of crashes involving cars in Autopilot mode.

The NHTSA is currently investigating Tesla for at least 11 accidents involving cars using its Autopilot or other self-driving features that collided with emergency vehicles when coming upon the scene of an earlier crash. Those 11 accidents were responsible for 17 injuries and one death, according to the agency.

The Passenger Play probe started following a complaint filed in November by an unidentified Tesla owner. The complaint said that the feature allows video game play and web browsing while the car is being driven.

"The video games are allegedly restricted only to passengers. Web browsing is available to anyone at any time," said the complaint. "Why is a manufacturer allowed to create an inherently distracting live video which takes over 2/3 of the screen which the driver relies on for all vehicle information? NHTSA needs to prohibit all live video in the front seat and all live interactive web browsing while the car is in motion. Creating a dangerous distraction for the driver is recklessly negligent."

Tesla, which rarely responds to questions from the media, did not respond to a request for comment on the probe or the video game feature.