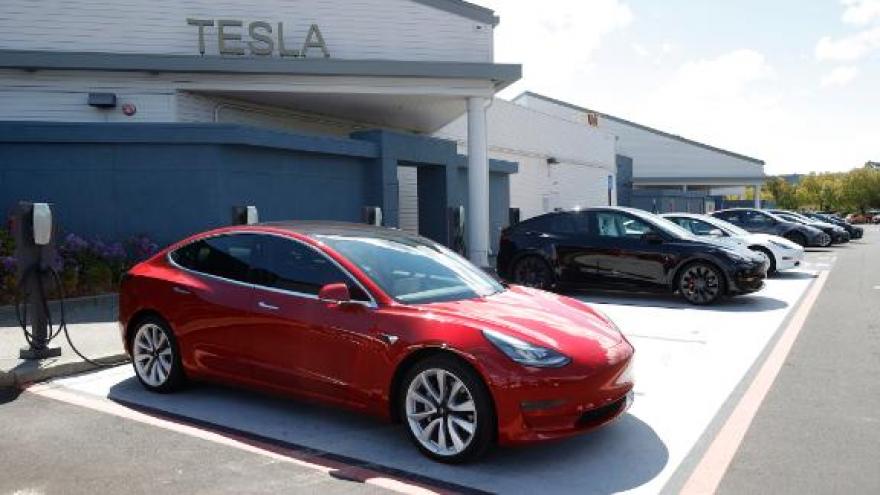 (CNN) -- The question of who will regulate cutting-edge driving technologies appears to be answered.

For years, the US government hasn't regulated driver-assist systems like Tesla's Autopilot and GM's SuperCruise. Automakers can do as they please because there are no standards for these systems.

But President Joe Biden's administration appears to want to change that, with the appointment of Missy Cummings, a Duke University engineering professor who studies autonomous systems and has been critical of Tesla and the federal government's handling of driver-assist systems like Autopilot. Cummings will be a senior advisor for safety at the National Highway Traffic Safety Administration.

Government's laissez faire approach to these increasingly common technologies has long led to calls for better safeguards and action in the wake of headline-grabbing deaths. Cummings's appointment is the latest indication of the Biden administration's desire to step in.

The government said in June that all automakers must report crashes involving driver-assist systems. It launched an investigation this August into Teslas using Autopilot that rear-ended emergency vehicles. NHTSA has called for proposing a rule for automatic emergency braking, a driver-assist feature.

Cummings's new role triggered a backlash from diehard Tesla fans. A petition circulated by fans called for reviewing her appointment and received more than 21,000 signatures as of Friday morning.The attacks on Cummings have at times been vitriolic, personal and hyperbolic. Cummings has been described as "the hired gun for the Luddites of mediocrity" and as someone who wants to destroy Tesla. The automaker's passionate fan base has been criticized in the past as being cultish and intolerant of criticism.

The petition from Tesla's fanbase includes a critique of a 2019 tweet from Cummings that said that NHTSA should require Tesla to turn off Autopilot. Cummings's Twitter account shifted to private in the wake of the backlashand then was deleted.

Tesla's fanbase also criticized Cummings for her ties to the Swedish driver-assist company Veoneer. Cummings sits on the company's board of directors.

NHTSA did not make Cummings available for an interview, but spokesperson Lucia Sanchez told CNN Business that any possible conflict of interest would be resolved before Cummings starts her work at NHTSA.

Tesla CEO Elon Musk has joined in the criticism, calling Cummings's track record "extremely biased" against Tesla. Cummings responded and said she was "happy to sit down and talk with you anytime." Musk did not detail what he considered biased, and did not respond to a request for comment. (Tesla generally does not engage with the professional news media.) U.S. Transportation Secretary Pete Buttigieg reportedly said Wednesday that Musk should call him if he has any concerns.

From pioneering pilot to professor

In the 1990s, Cummings became one of the first women to be a pilot in the Navy. She's said in interviews that she later entered academia because she saw the coming tide of autonomous technologies.

Cummings has been called before to testify on Capitol Hill on autonomous driving. She's studied how artificial intelligence will impact the future of warfare, and the challenges of boredom while people use autonomous systems.

Outside of autonomous driving, Cummings appears to have a favorable view of Tesla. Cummings has said that she has a Tesla jacket she wears proudly, that she loves Tesla and can't stand car dealerships. (Tesla, unlike virtually all other automakers in the United States, doesn't have a traditional, franchised dealership network, but owns its own retail locations)

"I want to do everything I can to support Tesla's business model in those aspects," Cummings said in an interview earlier this year. "However, I can no longer be quiet, not as if I ever was, about the problems with Autopilot and 'full self-driving."

She's said this year that some drivers have died unnecessarily. Cummings has said that Tesla should only let drivers use Autopilot on the roads for which it's been designed. That echoes a recommendation of the National Transportation Safety Board, which has investigated multiple deaths of distracted drivers using Tesla's Autopilot system.

Cummings's criticisms of driver-assist technologies are not limited to Tesla. She's said that we should get rid of the phrase "hands-free." General Motors describes its SuperCruise system as "hands-free"

"Hands free connotes mind-free," Cummings said this year. "This isn't just a Tesla problem. This problem is going to be increasingly in our faces as we start to see more quote unquote hands-free driving from other cars."

Cummings has also criticized Tesla for the name it gives its systems. Autonomous vehicle experts and even some of Tesla's own employees have been critical of the naming as well. Cummings has said that there have been fewer egregious crashes elsewhere in the world, where regulators prohibit Tesla from labeling its technology "Autopilot." A German court ruled in 2020 that Tesla was not allowed to advertise its driver-assist technology as "Autopilot."

"If you're being told your car has a full self-driving chip and how many of us read the fine print? It's easy to see how people can develop these incorrect mental models about what their car can do," Cummings said in an interview this year.

Tesla released its "full self-driving" software to about 1,000 people this month. The company has said it plans to release it more broadly soon. Some drivers have raved about its abilities while others have criticized its shortcomings. Drivers have at times had to intervene to prevent crashes or stop the car from running red lights nearly hitting pedestrians, according to videos published on YouTube that CNN Business reviewed.

Tesla has published crash data since 2018 that shows that there are fewer crashes per mile with Autopilot than without Autopilot, but critics have called this an apples-and-oranges comparison. Autopilot mileage is most likely to come on highways, a type of road that already has fewer crashes per mile. MIT research has shown that Tesla drivers are more likely to be distracted when using Autopilot.