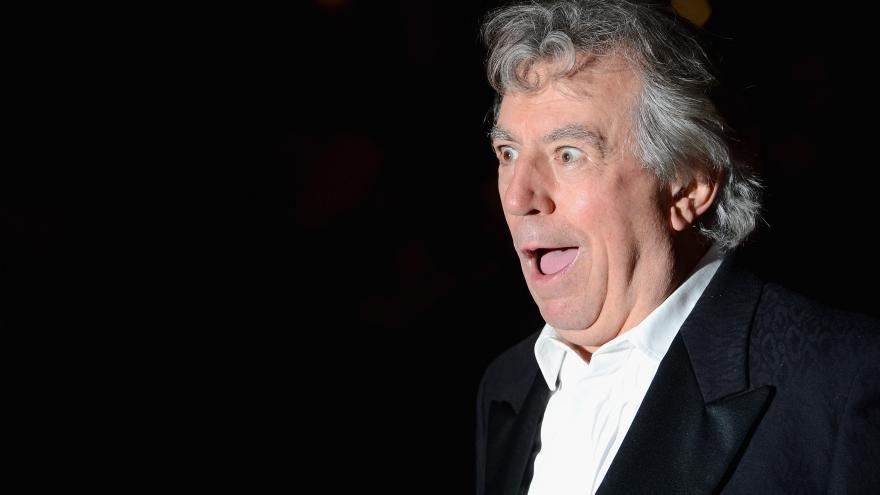 Jones was a member of the much-loved British comedy group and also directed a number of its most popular films, including "Life of Brian" and "The Meaning of Life."

In recent years he had battled primary progressive aphasia, a rare form of dementia that affects speech. He died on Saturday evening with his wife by his side, his family said in a statement.

"Over the past few days his wife, children, extended family and many close friends have been constantly with Terry as he gently slipped away at his home in North London," the statement said.

"We have all lost a kind, funny, warm, creative and truly loving man whose uncompromising individuality, relentless intellect and extraordinary humour has given pleasure to countless millions across six decades."

Jones was known for playing a variety of roles in the surrealistic comedy troupe, including a number of female characters, and uttered perhaps its most famous line -- "He's not the Messiah, he's a very naughty boy!" -- while playing Brian's mother in their classic 1979 satire on religion.

He went on to write historical non-fiction books and hosted several documentaries after the group split up in the 1980s, and wrote the screenplay to the 1986 fantasy film "Labyrinth," starring David Bowie.

"His work with Monty Python, his books, films, television programmes, poems and other work will live on forever, a fitting legacy to a true polymath," the statement added. "We hope that this disease will one day be eradicated entirely."

The world of entertainment paid tribute to Jones on Wednesday.

Actor and comedian Stephen Fry tweeted: "Farewell, Terry Jones. The great foot has come down to stamp on you. My god what pleasure you gave, what untrammelled joy and delight. What a wonderful talent, heart and mind."

Jones' "Monty Python" co-star, Michael Palin, told PA: "Terry was one of my closest, most valued friends. He was kind, generous, supportive and passionate about living life to the full."