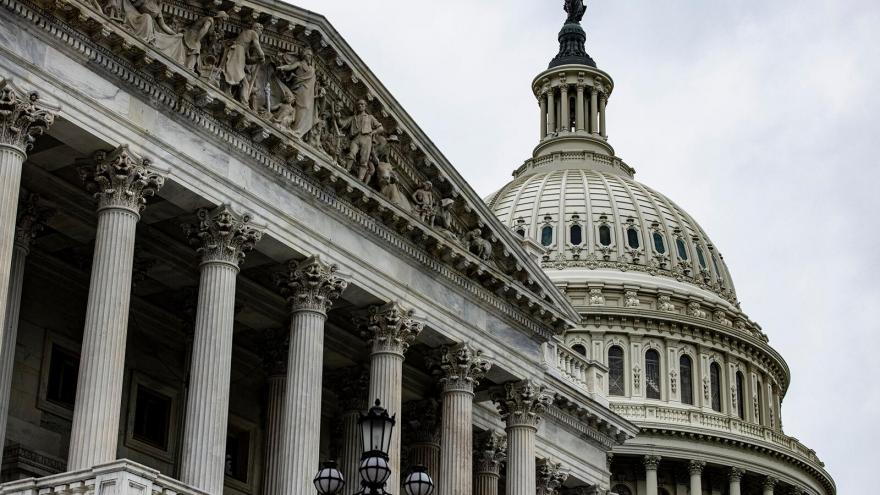 New progress in the bipartisan legislative effort to overhaul policing has been made on no-knock warrants and chokeholds, according to a source familiar with the discussions, as congressional staffers spent recess working to hammer out key issues that remain.

(CNN) -- A bipartisan group of lawmakers working on legislative efforts to overhaul policing appear to be nearing an agreement to set federal standards for no-knock warrants, ban chokeholds except in life-threatening situations and place limits on equipment the Defense Department can send to state and local police departments, according to a source familiar with the discussions.

Sens. Cory Booker, a New Jersey Democrat, and Tim Scott, a South Carolina Republican, and Rep. Karen Bass, a California Democrat, have been leading the charge to craft a bipartisan bill that can pass the 60-vote threshold in the United States Senate, and with the chamber returning to Washington on Monday, in-person talks between the key negotiators are expected to continue.

The Wall Street Journal was the first to report the details of the tentative agreement.

While progress has been made on what's known as the 1033 program, which allows for the transfer of military equipment from the Department of Defense to state and local police departments, two major issues remain. One of them is qualified immunity, which protects police officers from civil lawsuits. Scott has proposed shifting the responsibility to police departments as opposed to individual officers. Democrats have said both the officers and departments should be held accountable.

"It's a negotiation. Nothing is ever off the table until the deal is done," another source familiar with the talks told CNN last week.

"It seems like it goes up and down," a senior official said.

In addition to outreach to individual members of Congress, senior leadership at the White House has also been in close contact with the Senate Judiciary Committee and Senate leadership as the talks continue.

Biden made police reform one of his key campaign promises and called on Congress to act during his address to a joint session of Congress last week.

"I know Republicans have their own ideas and are engaged in very productive discussions with Democrats in the Senate," Biden said. "We need to work together to find a consensus but let's get it done next month by the first anniversary of George Floyd's death."

Timeline for a deal

Like Biden, Bass has also said she hopes the group will have a bill to Biden's desk by May 25, the one-year anniversary of Floyd's death.

But that could prove to be a very ambitious goal. Once the new work period begins on Monday, they will have just 15 days to get a deal done by the anniversary.

Booker and Scott have been careful not to tie themselves to a deadline, instead often answering questions about a May 25 timeline by saying progress is being made and there is a sense of urgency shared by all parties involved.

After the meeting, Booker pledged the group will continue to meet "until we get this done."

"I think the best thing we can do is keep in mind why we're doing what we're doing," Scott said when asked about a timeline for a deal after the meeting. "And what we're doing is trying to make our communities and our law enforcement community easier to work together. And I think as long as we keep that as our focus, we will work expeditiously to get a solution."