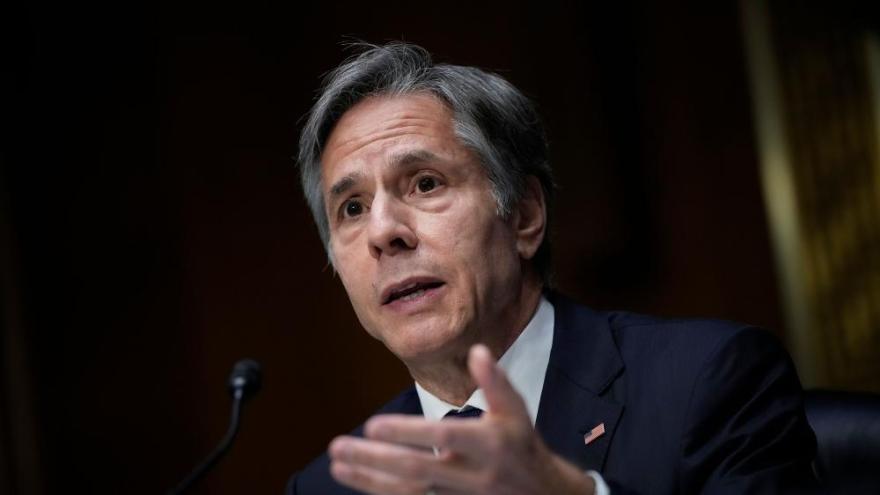 (CNN) -- There are tens of thousands of Afghans who have applied for Special Immigrant Visas (SIV) whose applications are still being processed nearly a year after the botched US withdrawal from Afghanistan, a senior administration official said Monday, adding that the process will now be entirely overseen by the State Department.

According to the official, as of last week, there were 74,274 principal applicants in the pipeline for the SIV, a visa meant for those who worked for the US government during its two decades of involvement in the war in Afghanistan. That number includes those who have not yet passed the chief of mission (COM) phase of the application -- a critical point in whether or not the visa gets approved -- and the senior administration official said that 40-50% of those in the pre-COM stage are turned down "for either not having the right documentation or not being eligible for various reasons."

There are about 10,000 principal applicants who have chief of mission approval "and are essentially getting ready to get their documents to be able to be relocated," the official said on a call with reporters. That number does not include around 40,000-50,000 family members.

The SIV program for Afghan nationals has been plagued with management problems and low annual caps for years leading up to the withdrawal by US forces. It's often a cumbersome and meticulous process and can take years to complete.

The official said SIV processing is moving faster than before, noting that the State Department has surged resources to handle the processing.

Senior administration officials also announced they are eliminating one of two forms for most new applicants -- a change in process that they say "will shave about a month off of the adjudication time." Removing this form means that the processing will all be done by the State Department, and no longer through USCIS. However, it will still be a very rigorous process.

During the US withdrawal the country last year the Biden administration faced severe criticism for its handling of SIVs who had troubles getting out of the country quickly amid the chaos of the Taliban takeover. Secretary of State Antony Blinken launched a 90-day review of the State Department's role in the Afghanistan withdrawal late last year. That report has been completed but none of its findings have been made public.

"We don't presently have an update to provide, but, as we've said, we will be as transparent as possible with the final report, consistent with classification and other considerations," a State Department spokesperson told CNN.

Blinken and DHS Secretary Alejandro Mayorkas announced the change in a statement Monday, saying it "will simplify and streamline the application process for Afghan applicants."

"Starting this week, new Afghan SIV Program applicants will only need to file one form, a revised form DS-157, as their SIV petition. New applicants will no longer need to file the Form I-360, Petition for Special Immigrant Status, with DHS's U.S. Citizenship and Immigration Services (USCIS)," they said. "This new streamlined process, which is part of our ongoing efforts to make the program more efficient, will help to eliminate barriers for applicants and reduce application times."

"This change does not reduce or remove any of the robust security vetting processes required before the benefit is granted," they added, calling it "one of many steps we have taken to improve the SIV process while safeguarding national security."

"Since the beginning of the Administration, we have surged resources to this vital program and have reviewed every stage of the statutorily required application process to streamline wherever possible," Blinken and Mayorkas said.