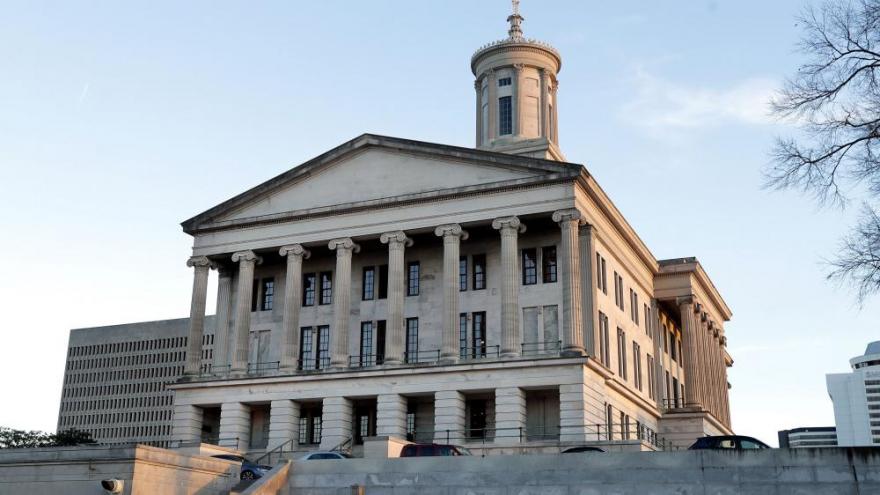 Part of a Tennessee law banning abortions based on a prenatal diagnosis of Down syndrome or a fetus' race or sex, can take effect, a federal appeals court ruled Friday.

(CNN) -- Part of a Tennessee law banning abortions based on a prenatal diagnosis of Down syndrome or a fetus' race or sex, can take effect, a federal appeals court ruled Friday.

The 6th Circuit Court of Appeals lifted part of a lower court's preliminary injunction that blocked the law from being enforced, allowing a portion of the law to take effect while the case continues to be litigated between the state and abortion rights groups.

The legislation, signed into law by Gov. Bill Lee this summer, was among the so-called "heartbeat bans" passed by a number of states blocking abortions after the detection of a fetal heartbeat, which can occur as early as six weeks into a pregnancy and before many women know that they're pregnant.

Legal challenges from abortion rights advocates have so far stopped the laws from taking effect in at least nine states, including Tennessee.

Tennessee's law also prohibited abortions if the doctor knew the patient was seeking an abortion because of the child's race, sex or a diagnosis or screening that indicated Down syndrome, a genetic condition that affects cognitive ability and causes developmental delays.

Violating the law would be a class C felony, punishable by up to 15 years in jail and a $10,000 maximum fine.

Tennessee abortion providers represented by abortion rights advocates had argued in part that the law is "unconstitutionally vague," according to the court's ruling, "because it requires a physician to discern her patient's motivations."

But the court ruled 2-1 in the state's favor, allowing Tennessee to enforce the ban while litigation continues.

One judge on the three-judge panel dissented, writing that women "often seek reproductive care for multifaceted reasons" and that the law was "unclear on how the state determines whether the physician understood the eventual reason for the woman's choice."

The court's order did not address the part of the law outlawing abortions as early as six weeks into a pregnancy.

After the appeals court's ruling, the plaintiffs filed another motion in US district court asking the court to again block the bans from going into effect. Attorneys argued the appeals court did not address the argument that the Tennessee law violates patients' constitutional right to a pre-viability abortion. The court has yet to issue a ruling.

Gov. Lee celebrated Friday's ruling on Twitter, writing, "Every life is precious and every child has inherent human dignity."

"Our law prohibits abortion based on the race, gender, or diagnosis of Down syndrome of the child and the court's decision will save lives," the governor said. "Protecting our most vulnerable Tennesseans is worth the fight."

In a joint statement, the abortion rights groups, including Planned Parenthood and the Center for Reproductive Rights, vowed to continue fighting the ban.

"These bans are just another way anti-abortion politicians are attempting to limit the constitutional right to abortion care and to create stigma," said Nancy Northup, president of the Center for Reproductive Rights. "Decisions about whether and when to continue or to end a pregnancy are best made by the individual and their family."

Hedy Weinberg, executive director of the American Civil Liberties Union of Tennessee, called the law "just another unconstitutional effort to ban abortion in our state."

"Banning certain abortions will not provide a real solution to gender or racial discrimination and does nothing to address their root causes," Weinberg said. "We will continue to fight for people's ability to make their own decisions about pregnancy without political interference."