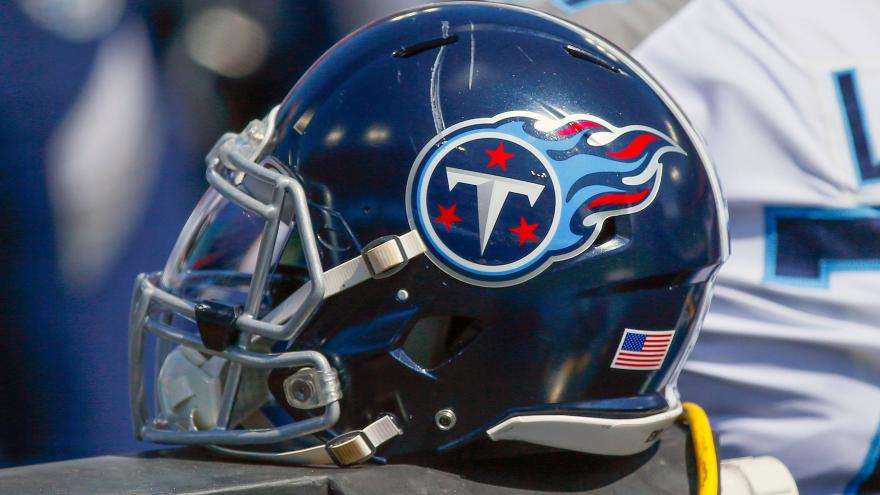 (CNN) -- The NFL and the players union are investigating members of the Tennessee Titans for possibly violating health protocols, an NFL spokesman confirmed Thursday.

Following an unsanctioned, off-site practice during a Covid-19 outbreak among the team last week, the league and the NFL Players' Association sent investigators to Nashville. On Friday, the league banned gatherings outside of team facilities.

The Titans' facilities have been closed to activities since September 29 following 10 players and 10 staff members testing positive for Covid-19.

"I'd say everybody is progressing and doing well," Coach Mike Vrabel said on a video conference call with reporters Tuesday.

The Titans did not play the Pittsburgh Steelers this weekend because their game was postponed to Tennessee's bye week.

Last Wednesday, some players worked out at a private school in Nashville, Headmaster Brad Giola of Montgomery Bell Academy told CNN. Members of the Titans have previously worked out at academy during the offseason.

When asked about the additional positive tests, the Titans referred CNN to the league for comment. The Titans did not reply regarding the workout.

Vrabel on Tuesday that he had met with investigators.

"I think I stand by our efforts as an organization, as a team in following the protocols that were in place," he said.

After the league shuttered the Titans' facilities last week, Vrabel told reporters the team had told players not to gather "until we can find a safe way to enter back into our building."

The NFL Players Association has not replied to CNN's request for comment.

The 3-0 Titans are scheduled to host the 4-0 Buffalo Bills this Sunday. Players on the practice squad will fill most of game day roster spots vacated by players on the reserve/Covid-19 list, Vrabel said.

The league and the players union said Wednesday that 11 players and 15 staff members tested positive for coronavirus during the week that ended Saturday.

Since August 1, the league has reported 31 players and 53 other personnel have tested positive.

While appearing on the NFL Network on Wednesday, the NFL's chief medical officer, Dr. Allen Sills, was asked about the possibility of the league pausing the season after Covid-19 cases have forced two games to be postponed and team facilities to close.

"We've said all along every option is on the table." Sills said. "We've never taken any option off the table, which includes ... some type of pause or reset or any other kind of alternative arrangements."

Most teams have played four of the 16 regular-season games on their schedules.