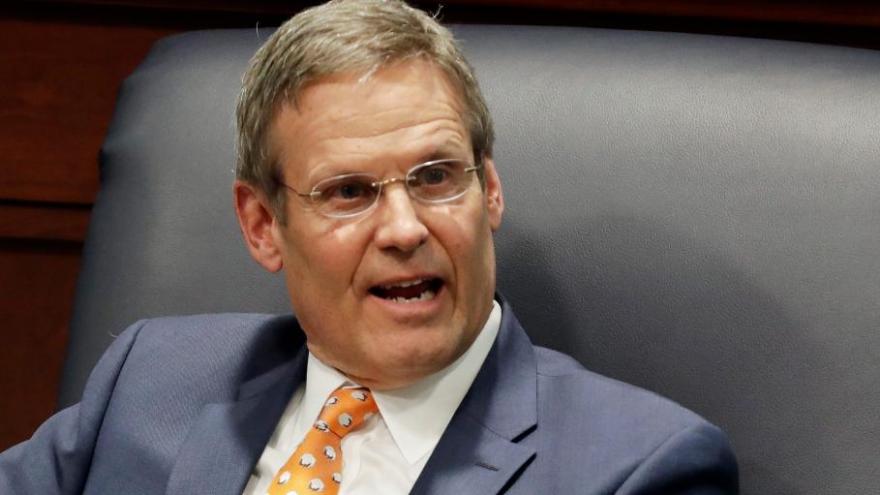 Tennessee Gov. Bill Lee said he will work to change a state law that requires the state's governor to declare July 13 as "Nathan Bedford Forrest Day," in honor of the Confederate Army general and the Ku Klux Klan's early leader.

(CNN) -- Tennessee Gov. Bill Lee said he will work to change a state law that requires the state's governor to declare July 13 as "Nathan Bedford Forrest Day," in honor of the Confederate Army general and the Ku Klux Klan's early leader.

"While it is my job as governor to enforce the law, I want Tennesseans to know where my heart is on this issue," Lee said in a tweet Monday. "Our state's history is rich, complex and in some cases painful."

"With this in mind, I will be working to change this law," he added.

The Republican governor signed a proclamation last week declaring Saturday "Nathan Bedford Forrest Day," sparking national criticism, including from US Sen. Ted Cruz of Texas, who called it "wrong" and said Tennessee should change its law.

The controversy sprung up as there's a nationwide debate about removing some of the country's Confederate monuments, memorials and symbols. Defenders say the memorials mark history and honor heritage, while critics argue they are racist symbols of America's dark legacy of slavery.

Lee said in an interview Monday with CNN affiliate WKRN that he didn't like the proclamation and didn't want to sign it.

"There are parts of our history that are painful particularly to African-Americans," Lee told WKRN, adding, "Nathan Bedford Forrest and his parts of life is part of painful history and why I, we, need to look at changing law, and I will work with legislators to do that."

Lee's communications director, Chris Walker, told CNN in an email that the law was an obscure one that Lee was made aware of when the proclamation came to his attention.

"He had not had time to make any determinations on it," Walker wrote, and pointed to Lee's Thursday news conference when he told reporters he would take a look at the law.

Walker said Lee, who took office in January, would be working to address the state law in the coming legislative session.

Tennessee House Democratic Leader Karen Camper thanked Lee for "taking the time to look at how the recognition of Nathan Bedford Forrest Day affects the lives of Tennesseans."

"The situation that surrounds the life and legacy of Gen. Forrest has become a divisive issue for our state, and as shown by coverage across America, a divisive issue for our nation," Camper said in a statement Tuesday. "I think that changing the law would be a great step towards healing some of the wounds that are reopened every year on the observance of Gen. Forrest's birthday."

From 1917 until 1969, Forrest's birthday on July 13 was designated a legal state holiday, according to the Tennessee Legislative Library. In 1969, the Tennessee General Assembly amended the state law by making it a duty of the governor to proclaim July 13 a day of special observance.

Former Republican Gov. Bill Haslam, who served in that roll from 2011-2019, has signed such a proclamation every year that he was in office.

After signing the proclamation, Lee said in a press conference Thursday that he signed it "because the law requires that I do that, and I haven't looked at changing that law," according to the Tennessean.

"I haven't even looked at that law, other than knowing I needed to comply with it, so that's what I did," Lee said, the Tennessean noted. "When we look at the law, then we'll see."

He also declined then to say whether he thought the state law should be changed, the Tennessean reported.

Lee also told WKRN that "we need to have a broader conversation" about the bust of Forrest that sits in the Tennessee state capitol, which critics have called to be removed.