Temperatures in Denver dropped 64 degrees in less than 24 hours, setting a record 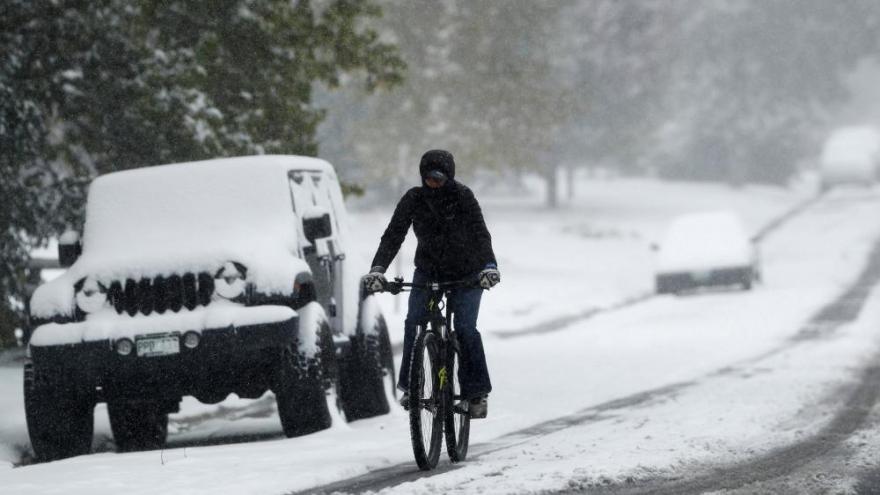 Denver broke a record as it experienced the first snow and frost of the season.

(CNN) -- Temperatures in Colorado plunged 64 degrees on Thursday, the largest temperature drop the state has ever seen in October.

It's also the 15th largest temperature drop over a two day period in Denver's history, according to the National Weather Service.

The cold front moved in on Wednesday night bringing extremely gusty winds, snow, and the first freeze of the season.

The Colorado Department of Transportation said it saw several multi-vehicle crashes as the weather conditions deteriorated.

Denver was two degrees away from breaking the all-time temperature drop record of 66 degrees that occurred on January 25, 1872.