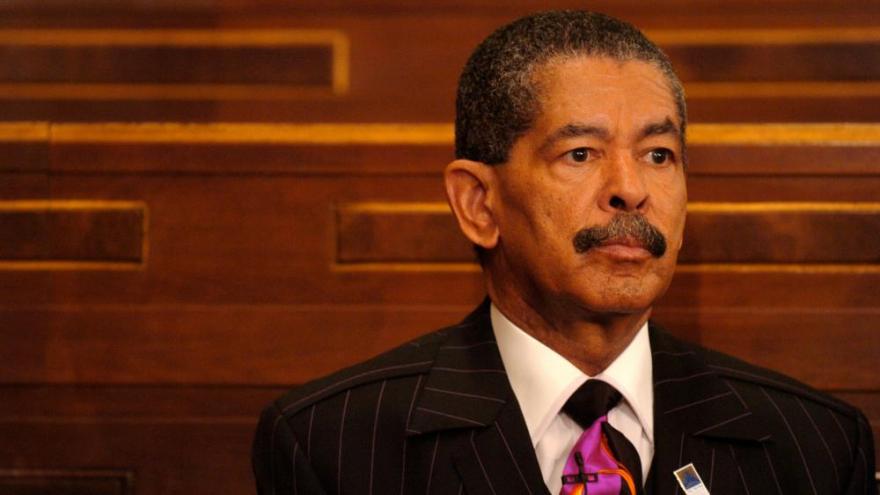 Frederick K.C. Price at a pre-Thanksgiving service at the Crenshaw Christian Center East in New York in 2005.

(CNN) -- Televangelist Frederick K.C. Price, whose Los Angeles ministry became a megachurch with about 28,000 members and televised services that reached millions, died Friday, according to a family statement on the Facebook page of the Crenshaw Christian Center. He was 89.

"Our Husband, Father and your Apostle has gone to be with the Lord this evening," the statement said.

"We accept his decision to go as he got a glimpse of glory a couple of weeks ago. But we are sad. Please allow us some time to process all of this. He fought the good fight of faith and laid hold of eternal life."

Price's daughter, in an earlier post on the church's Facebook page, said her father had been hospitalized due to complications from Covid-19.

Price founded the Los Angeles-based Crenshaw Christian Center in 1973, according to the church website. The ministry grew into a globally recognized organization with the help of television broadcasts.

The megachurch's televised services reached an estimated 15 million households each week, according to CNN affiliate KABC.

Price, who also established schools for ministry and formal education at the Crenshaw Christian Center, was the author of about 50 books on faith, according to the church website.

Price had drawn criticism in the past for his teachings about the LGBTQ community and Islam, according to KABC.

Price was married to Betty Price, with whom he had four children.