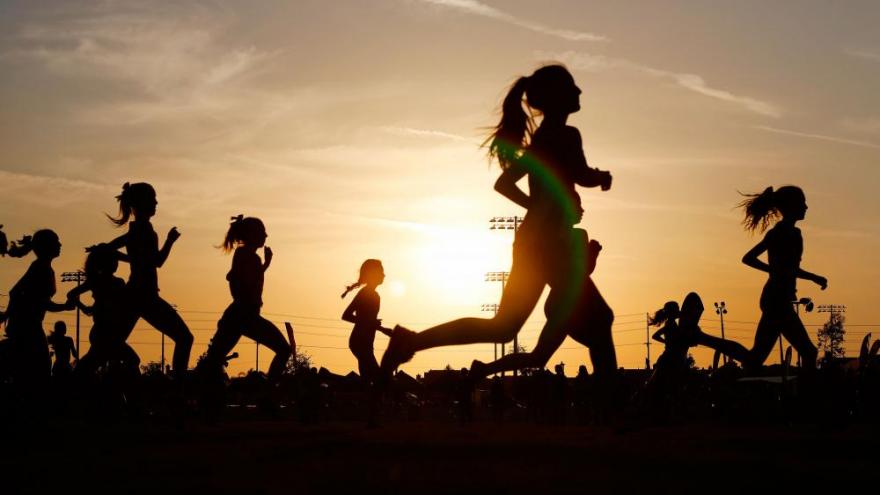 (CNN) -- If you're worried about your kids' mental health, particularly because of the Covid-19 pandemic and social distancing mandates, less screen time and more extracurricular activities will help, says a new study.

Adolescents -- especially girls -- who spend more time in extracurricular activities and less than two hours of screen time after school have better mental health, according to a study from the University of British Columbia and published in the journal Preventive Medicine.

But it's not healthy for either gender: Screen time that went beyond the recommended limit of two hours was still significantly associated with lower satisfaction and optimism among boys and girls, the study said.

"Although we conducted this study before the COVID-19 pandemic, the findings are especially relevant now when teens may be spending more time in front of screens in their free time if access to extracurricular activities, like sports and arts programs is restricted due to COVID-19," said Eva Oberle, lead author of the study, in a news release.

Oberle also noted that due to the pandemic, finding extracurricular activities isn't as easy as it once was. Still, finding something safe for teens to do is important, she said.

"Our findings highlight extracurricular activities as an asset for teens' mental wellbeing," she said. "Finding safe ways for children and teens to continue to participate in these activities during current times may be a way to reduce screen time and promote mental health and wellbeing."

The study used self-reported data from more than 28,000 seventh grade students between 2014 and 2018 -- drawing from 27 school districts in British Columbia.

Then, students reported how many days they had participated in extracurricular activities such as sports, music or arts programs.

To gauge mental health, researchers asked students to rate indicators such as "I start most days thinking that I will have a good day" on a scale of "disagree" to "agree a lot."

Some of the results were expected, researchers said in the study. Students with no extracurricular activities tended to have high levels of screen time, for example. And they expected girls would score higher on negative mental health indicators, as previous research has found that they tend to have higher levels of depressive symptoms and anxiety compared to boys.

"This is consistent with research that has shown increases of recreational screen use in adolescents over the past decade, indicating that screen time is a current zeitgeist of adolescents' recreational time-use," the study reports.

However, extracurricular activities were still significantly related to higher levels of optimism and life satisfaction -- a trend that appeared across genders and independent of screen time, the study said.

"This finding confirmed our hypothesis and aligns with previous research and emphasizes that extracurricular activities are an asset for thriving in adolescence," the study said. "While past studies have highlighted the importance of extracurricular activities for social, emotional and academic development, the present study emphasizes their importance for positive mental health outcomes."

The findings come as thousands of kids and teens are staying at home more during the Covid-19 pandemic, which has limited in-person social opportunities and left extracurricular activities scarce. As teens cope with the public health crisis, studies have shown broader trends of elevated depression, anxiety and post-traumatic stress disorder.