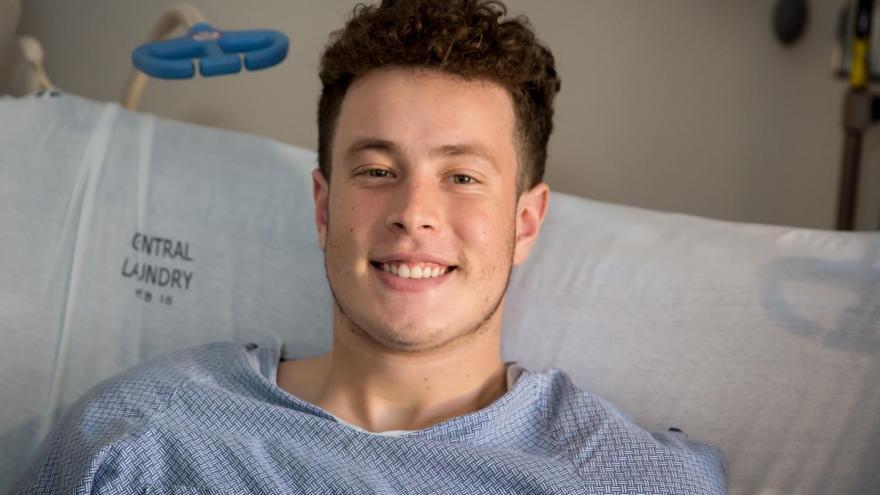 (CNN) -- Nicolas Stacy-Alcantara had planned to be back in time for dinner.

Instead, the 17-year-old's day hike in Millcreek Canyon turned into 30 hours alone in the snowy Utah mountains, he told CNN.

The Fresno, California, resident was visiting an ex-girlfriend in Utah when he decided to go for a hike. He set out on January 2, according to CNN affiliate KSL-TV. The day was snowy, but fairly mild, he said.

But as the afternoon went on, the snow increased and the temperature dropped, Stacy-Alcantara said.

"It was gradual. ... I noticed the snow was getting deeper and deeper as I was hiking," he said. Eventually his feet started to feel frozen, and that made him stop.

He then realized that he would need to survive the night outdoors. He said he found a tree and dug a cave under it.

Concerned about hypothermia and losing consciousness, he tapped his hands to his chest to stay warm and set timers on his phone for every 30 minutes to stay awake, his brother Alexander Stacy-Alcantara said.

"There were times in the night I nodded off, but I was pretty much awake the whole time," Stacy-Alcantara said.

Through the night, a bracelet from his ex-girlfriend kept him going, as it had for the SAT exam and basketball games, he said.

And when morning came, he started walking again. After traveling a few miles, he was found by skiers with a satellite phone, he told CNN.

Stacy-Alcantara was taken to a hospital where he was treated for hypothermia and frostbite on his feet. He was released Thursday and is expected to make a full recovery.

His brother said that the family initially worried that he might need an amputation.

"I get to keep my toes," Stacy-Alcantara said, happily. "I'm in a lot of pain but I'm just happy to be alive."