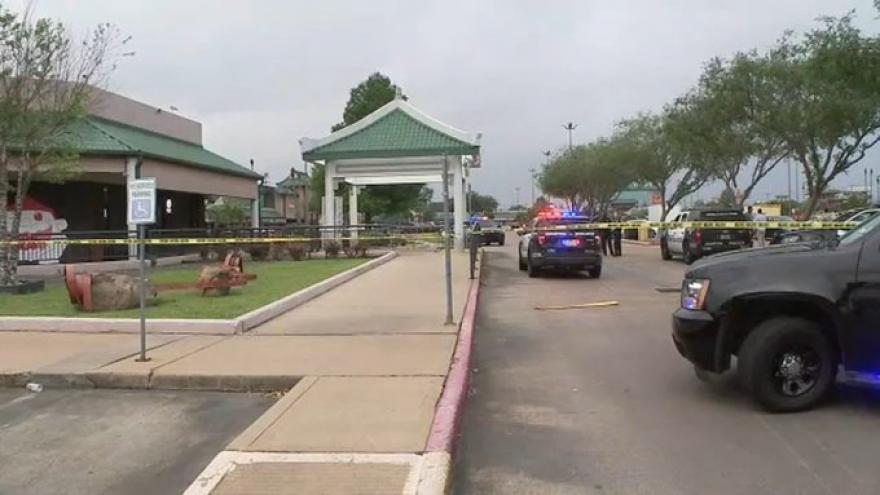 HOUSTON, Texas (KTRK) -- A 16-year-old is accused of shooting his stepfather to death at a restaurant in the southwest Houston area.

Houston police said the incident happened around 6 p.m. Wednesday in the 11200 block of Bellaire Boulevard.

Police said a family was having a celebration at a restaurant when the suspect shot his stepfather in the head. The victim, who is said to be an Asian man in his 40s, was pronounced dead at the scene.

Authorities were able to catch the teen because HPD officers, who had just happened to be in the parking lot writing a report, were flagged down by a restaurant security guard. Police chased the teen and arrested him.

Investigators said the 16-year-old had the gun on him.

Violence against the Asian community is at an all-time high in the United States, and instances have even occurred in Houston.

However, investigators reiterated that what happened Wednesday night is not being investigated as a hate crime.

HPD Assistant Chief B. Tien said in a tweet, "I want to reiterate to our AAPI (Asian American and Pacific Islander) community that this is believed to be a family violence incident."

It may sound like a coincidence that officers just happened to be at the restaurant at the time, but Tien said beefing up security in areas where there have been high crime reports is part of HPD Chief Troy Finner's planner.

"My chief of police Troy Finner has directed all police officers, go at an uncommitted time, while they write a report, to be a presence in the high density and high traffic areas. This is one area, so they just happen to be there. It is extremely fortunate they were there, and they were quickly able to diffuse and apprehend the suspect," Tien said.

The identity of the victim has not been released.

The cause of the shooting remains unknown.