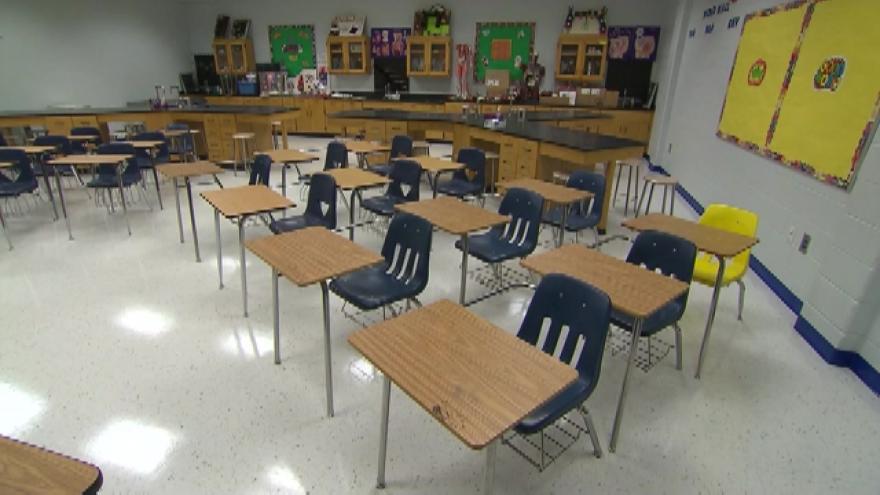 ST. PAUL, Minn. (AP) — Teachers in St. Paul, Minnesota, have reached a deal that will avert a strike in one of the state's largest school districts.

The union tweeted news of the tentative agreement Monday evening.

Teachers had been set to go on strike as early as Tuesday, an action that would have stopped all classes for some 34,000 students.

The announcement came hours after teachers in the neighboring Minneapolis school district announced that they had failed to reach an agreement and planned to walk out Tuesday.

The issues in both districts were largely the same: wages, classes sizes and mental health services for students.

The Minneapolis district has about 29,000 students.

ST. PAUL, Minn. (AP) — Teachers in the Minneapolis School District said they would go on strike after failing to reach agreement on a new contract.

Their planned strike Tuesday means no classes either online or in person for some 29,000 students in one of Minnesota's largest school districts.

Union members said they could not reach agreement on wages, especially a "living wage" for education support professionals, as well as caps on class sizes and more mental health services for students.

Teachers in the neighboring St. Paul School District, with about 34,000 students, were also in mediated negotiations ahead of a possible strike Tuesday.

Union officials said the issues were largely the same in both districts.