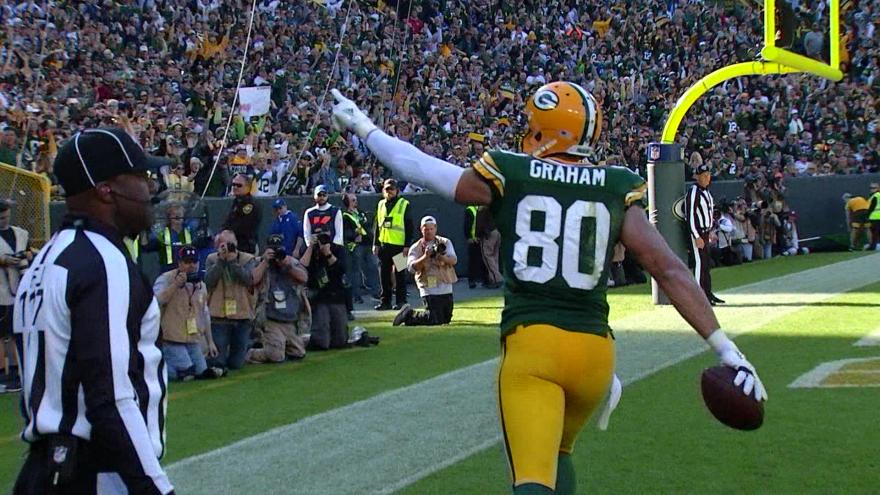 The move creates about $8 million in cap space for the Packers. Graham caught 38 passes for 447 yards and three touchdowns last season.

GREEN BAY, Wis. (AP) — Tight end Jimmy Graham has tweeted out a reference to his "next opportunity" amid a report that the Green Bay Packers plan to release him.

ESPN has reported that the Packers will release the five-time Pro Bowl selection Thursday.

Graham tweeted that the last two years have created "a lot of memories, friendships and humbling moments that I will carry with me into the next opportunity."

He signed with Green Bay after catching 10 touchdown passes for Seattle in 2017.