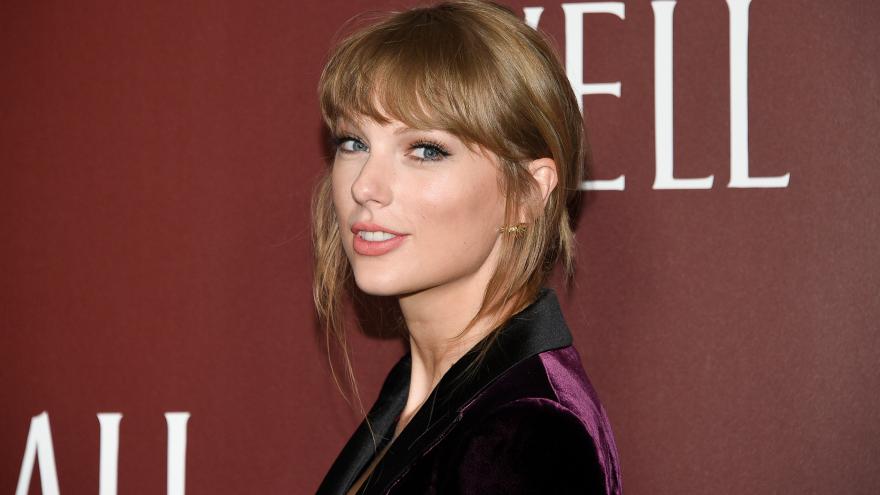 (CNN) -- Taylor Swift is this year's global ambassador for Record Store Day on Saturday -- and she's marking the occasion with a special limited release on vinyl.

Saturday on Instagram, Swift said she is "honored to be this year's Global Ambassador and glad we get to celebrate these sacred and important places now more than ever."

The star released a two-sided 7-inch clear vinyl record containing two versions of her song "The Lakes" from her 2020 album "Folklore." Only 10,000 copies of the vinyl are available.

Some are printed on colored vinyl, including a 50th anniversary release of "More Hot Rocks (Big Hits & Fazed Cookies)" by the Rolling Stones on glow-in-the-dark vinyl, and Nicki Minaj's "Beam Me Up Scotty" issued on a marbled fuchsia vinyl.

The limited-edition releases are available at participating record stores listed on the Record Store Day website.

Last year, Record Store Day served as an important beacon of hope for small businesses hard-hit by the COVID-19 pandemic. Whereas in past years many record stores held live performances and events to celebrate Record Store Day, since 2020 many stores have had to scale back their celebrations or pivot to online events.

"We are so happy to be back in record stores today!" wrote Record Store Day on Twitter. "Thank you for celebrating the culture of the indie record store."