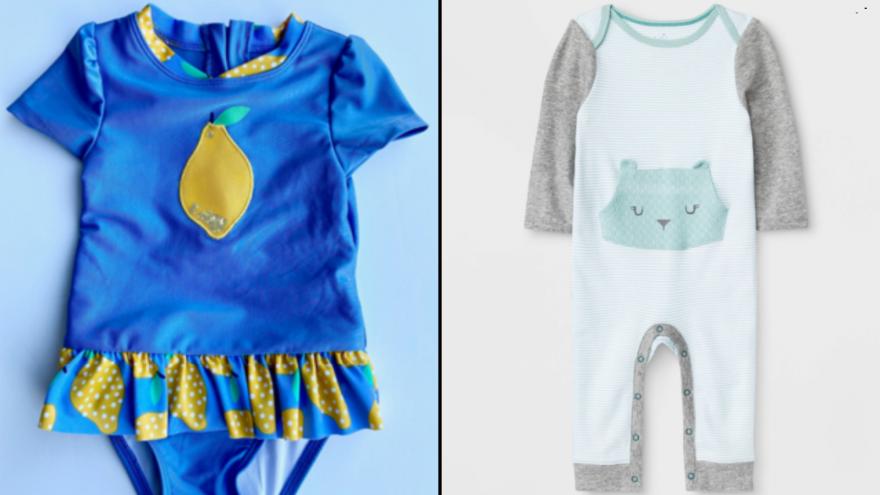 (CNN) -- Target is recalling some infant and toddler clothes because of snaps that could be a choking hazard.

The snaps on the Cloud Island infant rompers and Cat & Jack Infant-Toddler One-Piece Rashguard Swimsuits can break or detach, which poses a risk of choking or lacerations, the US Consumer Product Safety Commission announced on Wednesday.

A spokeswoman for the company told CNN that the products had already been removed from stores and the Target.com website.

She said no choking incidents have been reported.

The recall covers about 299,000 rompers that were on sale between July 2019 and October 2020, the agency said. The rompers came in a number of styles in sizes ranging from newborn to 12 months.

The agency received 16 reports of the snaps breaking, detaching or being missing from the rompers, including one report of scratches and another of a child being pinched.

There were 27 reports of the snaps breaking or detaching from the swimsuits, including one laceration.

Customers who bought the product can call Target Guest Relations at 800-440-0680 or return the products to a store for a refund.