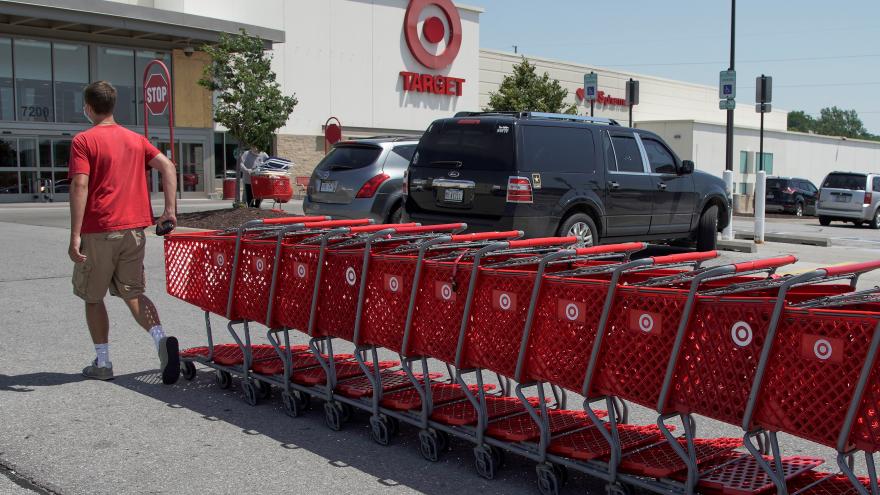 (CNN) -- Target said Wednesday it will raise its minimum wage for employees to $15 up from $13 starting July 5, a few months ahead of a deadline it set three years ago.

The retailer had made a pledge in 2017 to increase wages to $15 an hour by December 2020. The company said Wednesday that the new minimum wage applies to 275,000part-time and full-time employees at its discount stores, distribution centers and its headquarters.

A tight labor market before the pandemic had prompted major retailers including Walmart and Amazon to announce wage hikes. The federal minimum wage is $7.25, and it hasn't increased in over a decade.

The new $15 minimum wage now puts Target on par with Amazon, which raised its minimum wage to $15 in November 2018. It also puts Target ahead of its key rival Walmart. Walmart, which employs 1.5 million workers in the United States, currently offers a minimum wage of $11 an hour.

Target last increased its minimum wage to $13 from $11 in June 2019. But the retailer already pays more in some markets that have implemented their own $15 an hour wage laws. In New York City and San Francisco, for example, Target's starting hourly wages are $15 and $15.75, respectively.

Target also said it would give a $200 onetime bonus to all workers who provided essential services to customers during the pandemic. The bonus is on top of separate bonuses of $250 to $1,500 the company gave to 20,000 hourly employees in April.

Beginning this week, all workers will also get access to free virtual health care visits until the end of the year, regardless of their insurance plans.