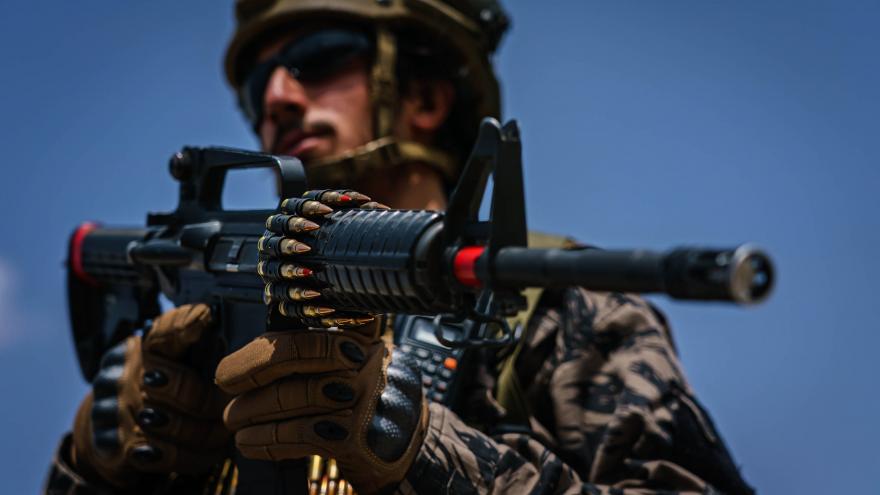 (CNN) -- The Taliban on Wednesday showed off dozens of American-made armored vehicles along with newly seized weapons at victory celebrations in the southern Afghan city of Kandahar.

In videos posted on social media, the Taliban paraded hardware left behind by both Afghan and US forces after the withdrawal of the last American troops left Afghanistan in the grip of the militant group.

Fighters waved white Taliban flags from Humvees and armored SUVs at the military parade, where many of the vehicles appeared in near perfect condition. The Taliban also organized an air display with a recently seized Black Hawk helicopter flying past the militants along the road while also trailing a white Taliban flag.

The parade came the day after video footage showed the militants making their way through an abandoned hanger in Kabul airport strewn with equipment the US left behind. 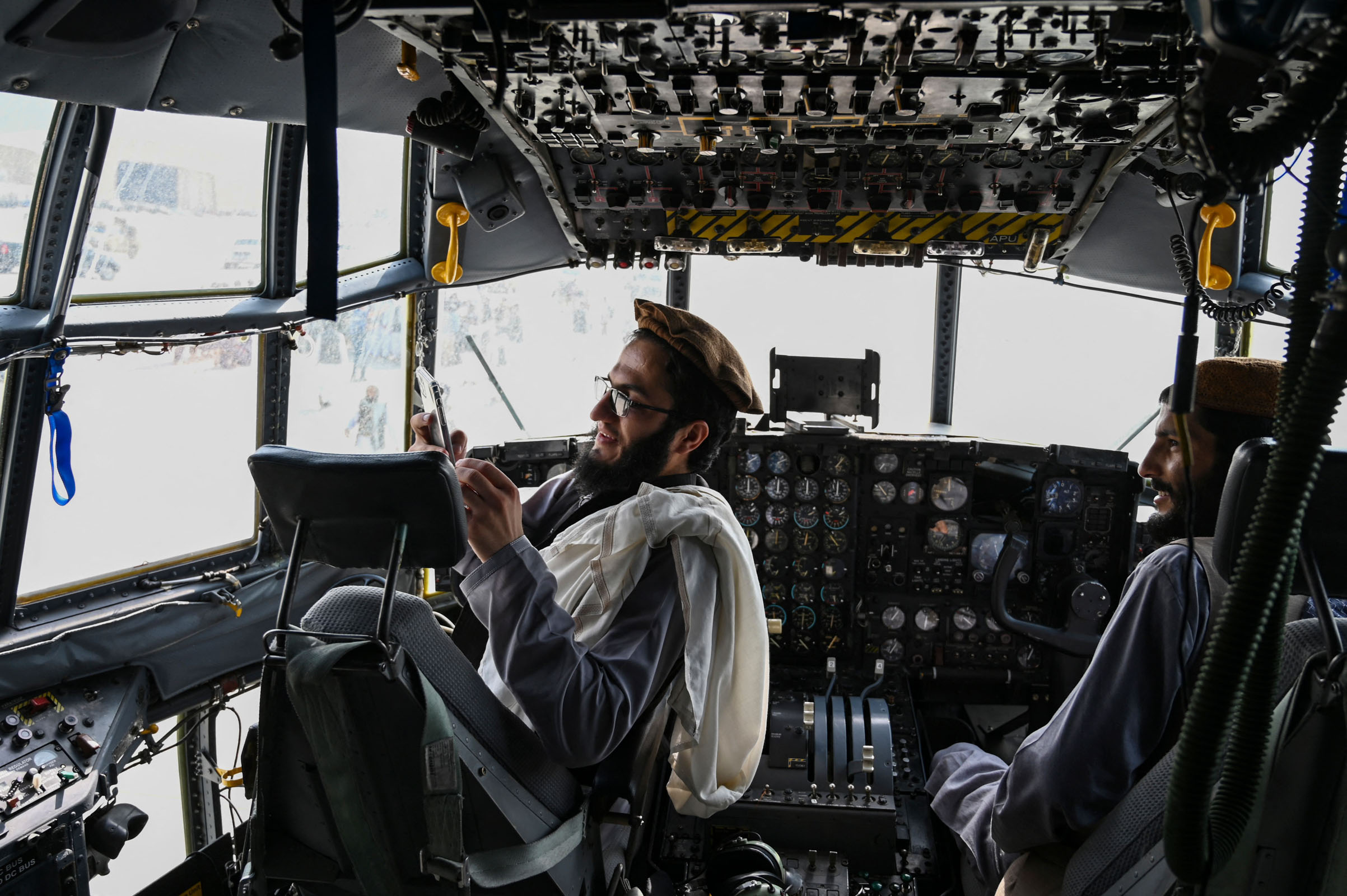 In one video, militants dressed in US-style uniforms and holding US-made weapons examined a CH-46 Sea Knight helicopter parked inside a hangar. Taliban fighters were also seen posing for photographs while sitting in the cockpits of planes and helicopters that once belonged to the Afghan Air Force.

"They can inspect all they want," Kirby said. "They can look at them, they can walk around -- but they can't fly them. They can't operate them."

He added that the US military had made "unusable all the gear that is at the airport -- all the aircraft, all the ground vehicles," leaving only some fire trucks and fork lifts operational.

Efforts to reopen Kabul airport resumed on Wednesday as a team of Qatari technical experts arrived in the Afghan capital, a source with knowledge of the situation told CNN.

The source said that the technical team traveled to Kabul on a Qatari jet at the request of the Taliban, and that while no final agreement had yet been reached, "talks are still ongoing at the level of security and operation." 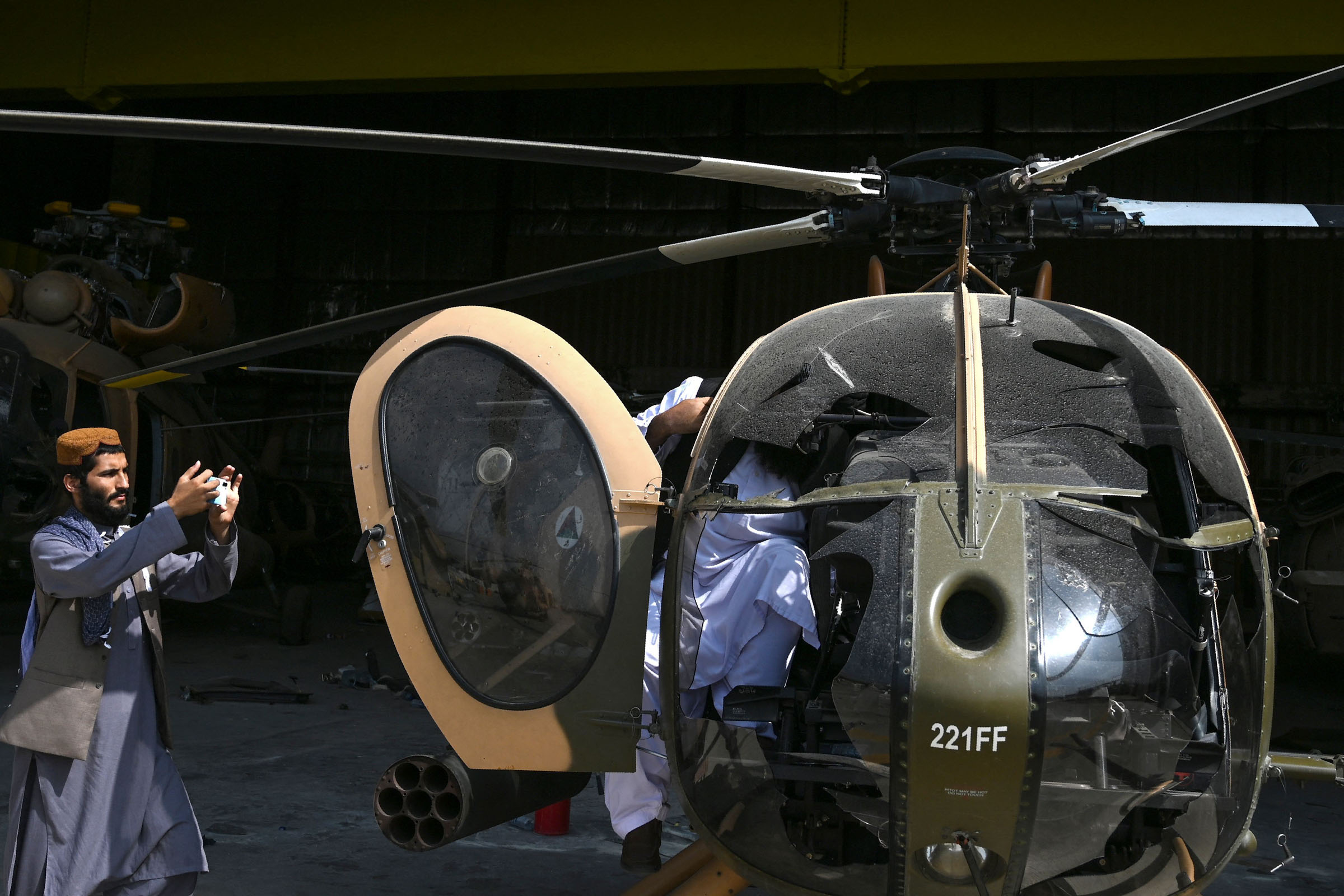 "The objective is to resume flights in and out of Kabul for humanitarian assistance and freedom of movement in a safe and secure manner."

Afghanistan is heavily reliant on foreign aid, and the World Health Organization and the United Nations Children's Fund (UNICEF) have already struggled to get critical food and medical supplies to the airport amid the mass evacuation operation.

Even before the political upheaval of recent weeks, Afghanistan represented the world's third-largest humanitarian concern, with over 18 million people requiring assistance, according to UNICEF. But with no commercial aircraft currently permitted to land in Kabul, getting aid in will be difficult.

Restarting commercial flights will also be crucial for people still wanting to leave the country but who did not make it onto military evacuation planes.

More than 123,000 people were evacuated by American and coalition aircraft since August 14, US Central Command Gen. Frank McKenzie said Monday.