Taliban says it has resumed peace talks with the US 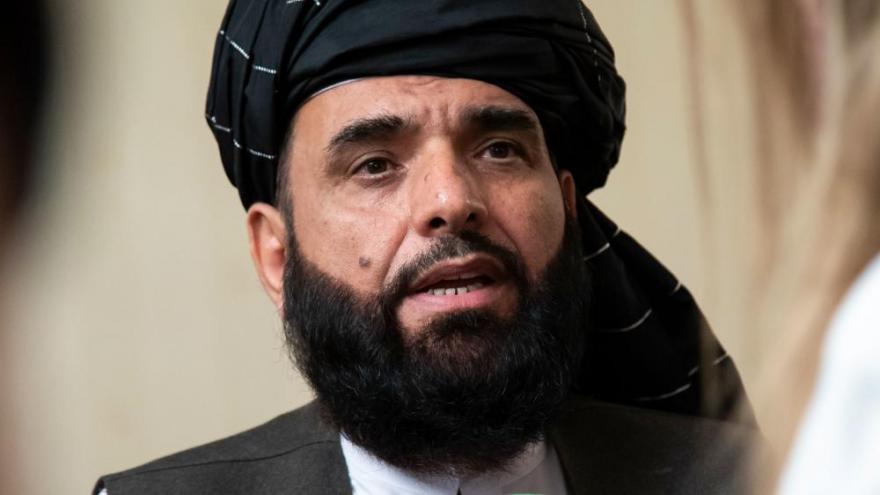 FILE - In this May 28, 2019 file photo, Suhail Shaheen, spokesman for the Taliban's political office in Doha, speaks to the media in Moscow, Russia.

(CNN) -- The United States and the Taliban have resumed peace talks in the Qatari capital of Doha, a Taliban spokesman tweeted on Saturday.

"On Saturday talks between the Taliban and US started from where they stopped," Suhail Shaheen said, adding that Anas Haqqani, a former Taliban prisoner who was released in a swap last month, participated in Saturday's talks as a negotiation member.

During the trip Trump also held a bilateral meeting with the President of Afghanistan, Ashraf Ghani.

Following that meeting, Ghani tweeted that "both sides underscored that if the Taliban are sincere in their commitment to reaching a peace deal, they must accept a ceasefire. We also emphasized that for any peace to last, terrorist safe havens outside Afghanistan must be dismantled."

CNN has reached out to the State Department for reaction.

In September, Trump announced an end to formal talks after a Taliban-claimed attack in Kabul killed a dozen people, including an American soldier. Trump said at the time that Taliban leaders were to travel to the US for secret peace talks, but after the attack he called off the meetings and canceled the negotiations.