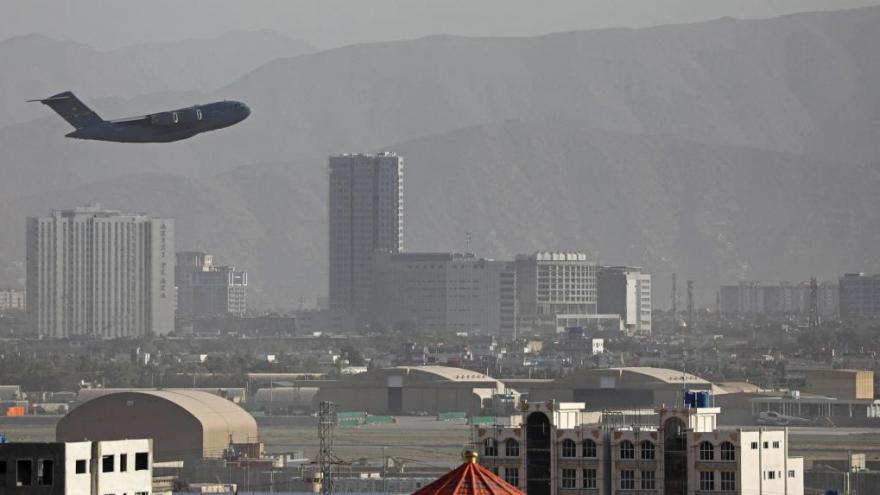 (CNN) -- The Taliban has requested representation at this week's United Nations General Assembly, a move that is expected to kick off a diplomatic battle with the preexisting Afghan envoy.

Afghanistan is currently represented at the UN by Ghulam Isaczai, an appointee of the country's former democratic government, which crumbled under the Taliban's advance last month.

Rival requests by the Taliban and Isaczai are now being considered by UN's credentials committee.

The Taliban, which now governs Afghanistan, instructed the UN on Monday to replace Isaczai with their own representative, according to a statement by the UN Secretary General's spokesman Stéphane Dujarric.

"The Secretary-General received a communication with the letterhead 'Islamic Emirate of Afghanistan, Ministry of Foreign Affairs' dated 20 September 2021, signed by 'Ameer Khan Muttaqi' as 'Minister of Foreign Affairs,' requesting to participate in the '76th session of the UN General Assembly on September 21-27 2021,' " he said in a statement.

According to the letter, Isaczai no longer represents Afghanistan.

Instead, it named Mohammad Suhail Shaheen as the Islamist militant group's nominee to replace him as permanent representative in New York.

The letter also noted that former president Mohammed Ashraf Ghani has been "ousted and [countries across the world] no longer recognize him as president," according to the spokesman's statement.

UN watchers had anticipated potential conflict this year over at least two seats in the General Assembly Hall -- those of Myanmar and Afghanistan, where new regimes have recently surged to power but diplomats representing the previous governments still hold UN accreditation.

Since the Taliban took control of Afghanistan, Isaczai has continued to advocate for his country, meeting with foreign envoys and even calling on the UN Security Council to pressure the Taliban into forming a more democratic government.

Last week, he sent his own letter to the UN Secretary General with a list of delegates for this week's General Assembly and named himself as the head of the delegation.

Both letters have now been sent on to the UN's Credentials Committee, Dujarric said.

The future of democracy under the Taliban -- and particularly the rights of women and girls -- is a hot topic during this high-level week at the UN, which has seen over a hundred national leaders convene in New York.

The UN Security Council on Friday voted unanimously to extend its UN Assistance Mission in the country for six months.