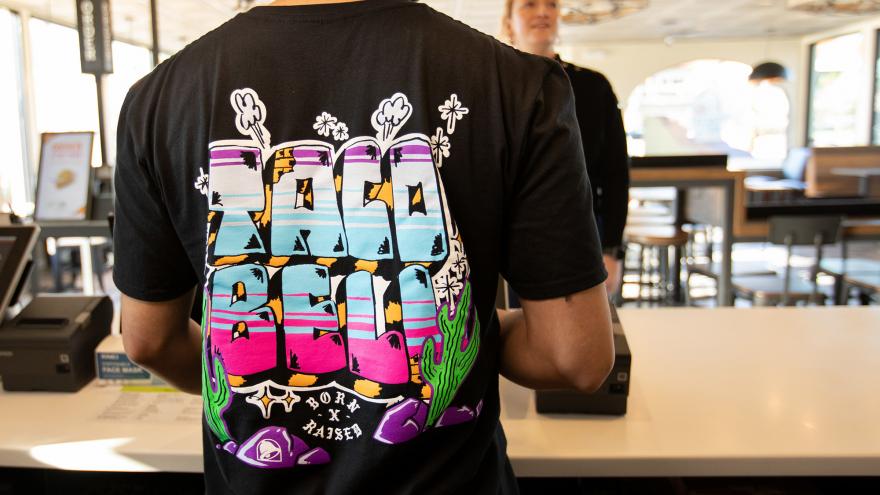 (CNN) -- Taco Bell turns 60 this summer and its employees will have new outfits to mark the occasion.

Employees will be given a new T-shirt that's designed by Los Angeles-based streetwear creator Born X Raised that celebrates the chain's Southern Californian heritage. The shirt, meant to "commemorate this milestone in the brand's history," features the chain's signature colors with a unique take on the Taco Bell logo.

"Anniversaries are for celebrating, and what better way to kick that off than with the foundational support that has made Taco Bell what it is for the past 60 years, our team members," Sean Tresvant, Taco Bell's global chief brand officer, said in a press release.

Taco Bell began as a small taco stand in 1962 in Downey, California. Since then it has grown into a global behemoth with more than 7,000 locations and employs some 200,000 workers. The company recently announced it's accelerating growth outside of the United States and hopes to achieve $20 billion in annual revenue in the coming years.

In the US, the chain's $10 monthly taco subscription program has had a successful start. Customers using the pass visit the chain three times more often a month than non-members and 16% of its users have opted to renew the monthly program, the company recently revealed.