Taco Bell is running out of Mexican Pizza 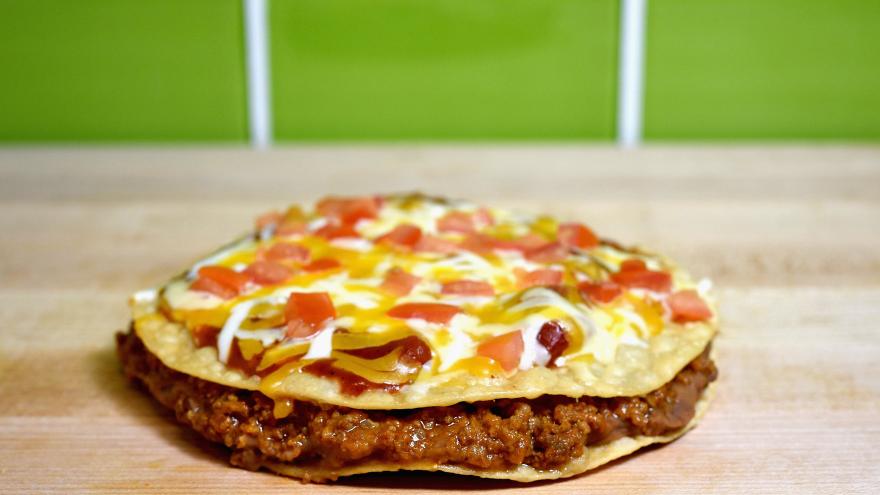 Demand for the beloved item was seven times higher than when it last appeared on menus two years ago, which has prompted many of its locations to sell out. For example, the company said one fan bought 180 Mexican Pizzas in a single order.

"Because of the incredible love for the Mexican Pizza, we have begun selling out across the country," Taco Bell said on its website. "Our restaurant teams trained weeks for what we knew would be a big return, we just didn't realize how big, and replenishing the beloved menu item is taking longer than we'd like."

Taco Bell said in a statement that it's working "diligently with our restaurants and suppliers" to get more ingredients for the pizza, and hopes it returns permanently to menus "by this fall."

The beloved menu item was eliminated in November 2020 as part of a broader culling of Taco Bell's menu during the height of the pandemic. That helped Taco Bell shed complexities and costs.

The Mexican Pizza consists of a tortilla shell filled with pizza sauce and either beans or ground beef. It's topped with another tortilla shell that's smothered with more sauce, cheese and chopped tomatoes. Taco Bell introduced the item in 1985 and originally called it the "Pizzazz Pizza."

Fast-food chains must constantly compete for customers' dollars and attention, and specialty offerings are a way to try to cut through the noise. Taco Bell, in particular, regularly experiments with its menu by adding limited-time offers to stimulate customer interest.

The brand is a strong performer for its parent company, Yum! Brands. It reported same-store sales growth of 5%, beating expectations, in its most recent earnings report.