Taco Bell is bringing back a fan-favorite menu item 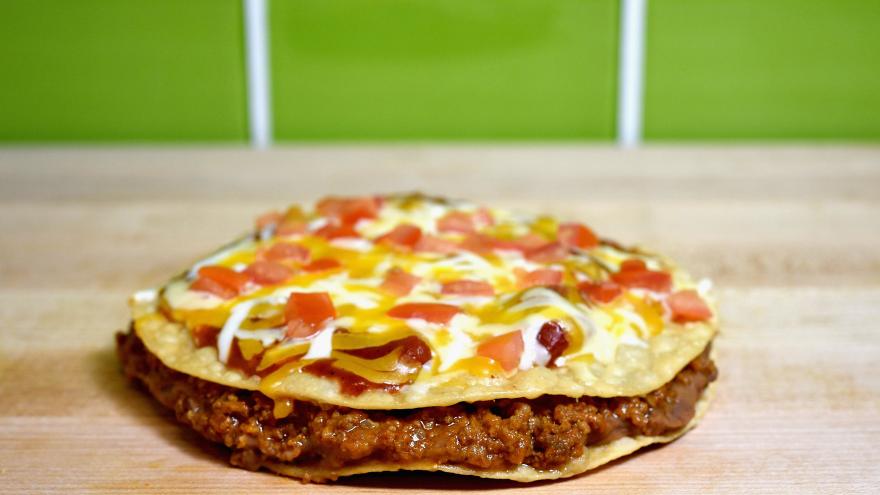 (CNN) -- Taco Bell is bringing back the Mexican Pizza after a roughly two-year hiatus.

The beloved menu item will permanently reappear on menus beginning May 19, the chain confirmed Monday. Taco Bell eliminated the pizza in November 2020 as part of a broader culling of its menus during the height of the pandemic that helped fast food chains shed complexities and costs.

The Mexican Pizza consists of a tortilla shell filled with either beans or ground beef, a pizza sauce and is topped with another tortilla shell that's smothered with more sauce, cheese and chopped tomatoes. Taco Bell introduced the item in 1985 and originally called it the "Pizzazz Pizza."

Removing the Mexican Pizza sparked outrage among Taco Bell's loyal fans: An online petition asking for the pizza's return garnered nearly 200,000 signatures. Particularly outraged were Indian Americans who saw the menu item as one of the few "fun" vegetarian options.

"Like many Indian-Americans who grew up vegetarian, we had limited access to the 'fun' fast food, so Taco Bell became a bridge to belonging in American culture for many kids like me who grew up in immigrant households," he said in a press release.

Taco Bell also improved the item's packaging. Previously, disposal of the pizza's packaging amounted to more than 7 million pounds of paperboard per year. The brand said in the release that it has "worked to streamline operations and ingredient sourcing, and leave a lighter footprint at the same time."

The Mexican Pizza costs $4.49 and members of Taco Bell's loyalty program can order it two days before its reintroduction, beginning May 17.

Fast-food chains must constantly compete for customers' dollars and attention, and specialty offerings are a way to try to cut through the noise. Taco Bell, in particular, regularly experiments with its menu by adding limited-time offers to stimulate customer interest.

The approach appears to be working. Yum Brands, which owns Taco Bell, said same-store sales jumped 8% in its most recent quarter.