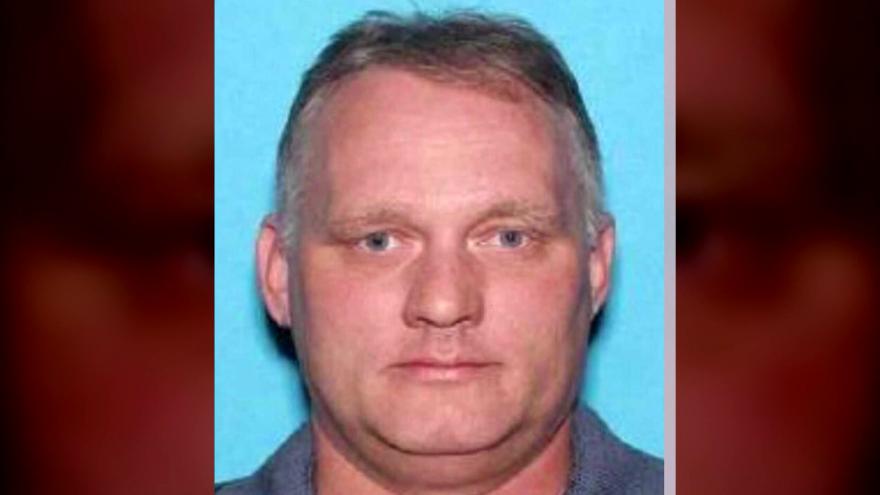 See Also Rampage victims' funerals begin as Trump heads to Pittsburgh
PITTSBURGH (AP) — The Latest on the funerals of the victims of the massacre at the synagogue in Pittsburgh (all times local):

The suspect in the Pittsburgh synagogue massacre has been indicted by a federal grand jury.

The indictment, which was expected, was announced Wednesday. It charges Robert Bowers with 44 counts, including hate crimes. Federal prosecutors have previously indicated they plan to seek the death penalty.

U.S. Attorney Scott Brady says "today begins the process of seeking justice for the victims of these hateful acts."

Bowers is jailed without bail. A preliminary hearing is scheduled for Thursday.

The funerals for the victims began Tuesday and are continuing through the rest of the week.

Leaders of a private Jewish academy in Squirrel Hill, near Saturday's massacre, are keeping close watch on their students as they try to process the anti-Semitic attack that left 11 people dead.

The approximately 40 high schoolers at the Hillel Academy of Pittsburgh attended Wednesday's funeral for Joyce Fienberg, whose niece used to teach at their school.

Many school families were gathered for a bar mitzvah Saturday at their synagogue, Shaare Torah, listening to sirens screaming by outside. The bar mitzvah went on, as Rabbi Daniel Wasserman gave updates as he learned them, according to Oren Levy, vice principal for lower grades. They locked in place as no one yet knew if the shooting was part of a broader, coordinated attack on Jews.

Some encouraging news about the conditions of two of the wounded in Saturday's synagogue massacre:

The chairman of emergency medicine at University of Pittsburgh Medical Center says a police officer and community member remain in intensive care but "are doing much better now."

But the officer in intensive care has been identified as Timothy Matson, who suffered multiple gunshot wounds. The hospital says the officer is in stable condition.

Eleven people were killed and six were wounded in the shooting at the Tree of Life synagogue.

Several hundred people have gathered in the main sanctuary at Congregation Beth Shalom in Pittsburgh for the 10 a.m. services for Joyce Fienberg, the first of the second day of funerals from the synagogue massacre.

Services for Mel Wax and Irving Younger are also scheduled for Wednesday.

They are among the 11 people who were killed by a gunman at the Tree of Life synagogue Saturday in the deadliest anti-Semitic attack in U.S. history.

President Donald Trump says he and his wife, Melania, "were treated very nicely" Tuesday in Pittsburgh, where they were paying their respects days after the deadliest anti-Semitic attack in U.S. history.

Trump tweets: "The Office of the President was shown great respect on a very sad and solemn day. We were treaty so warmly."

He adds: "Small protest was not seen by us, staged far away."

A small group of protesters was within earshot of Trump as he visited a memorial outside of the Tree of Life synagogue where 11 people were killed Saturday, and hundreds more were kept blocks away by police.

The demonstrators chanted "words matter" and "Trump, go home!" amid charges from some that the president has at times been slow to condemn extremists. Some community leaders had asked Trump not to make the trip.

As thousands in Pittsburgh's Jewish community began burying their dead President Donald Trump encountered hundreds of protesters when he arrived to pay his respects.

Funerals were held Tuesday for Dr. Jerry Rabinowitz, Daniel Stein and Cecil and David Rosenthal who were among 11 people killed in the shooting rampage at the Tree of Life synagogue Saturday. Thousands of mourners jammed a synagogue, a Jewish community center and a third, undisclosed site for the first in a weeklong series of funerals for victims of the deadliest anti-Semitic attack in U.S. history.

Funerals for the other victims have been scheduled through Friday.

Trump, meanwhile, arrived to shouting, chanting protesters with signs such as "It's your fault" and "Words matter," a reference to allegations his bellicose language has emboldened bigots.