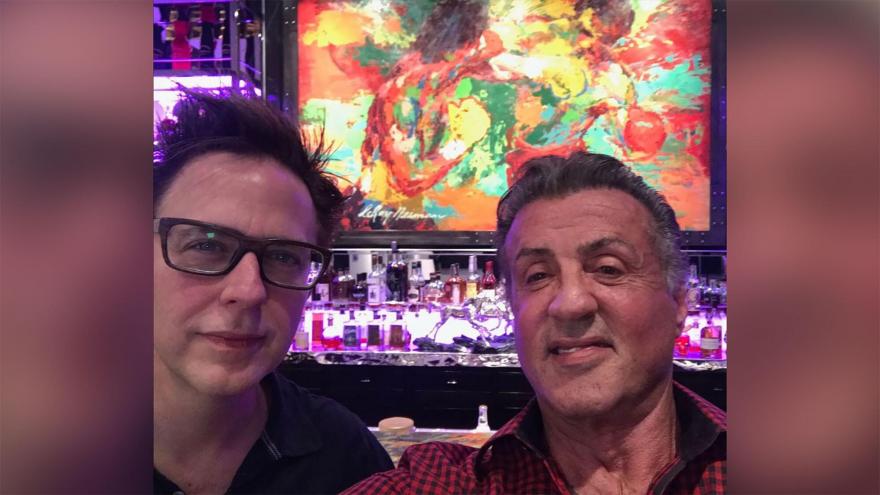 Director James Gunn posted an image confirming Sylvester Stalone will join the cast of the next "Suicide Squad."

(CNN) -- Actor Sylvester Stalone is the latest name to join the cast of "Suicide Squad."

"Always love working with my friend @officialslystallone & our work today on #TheSuicideSquad was no exception," Gunn said. "Despite Sly being an iconic movie star, most people still don't have any idea what an amazing actor this guy is."

Stalone confirmed the statement by responding to the post.

"James, coming from a tireless and amazing Director, I consider that to be the Paramount of compliments! Keep punching, Sly," he said.

It is unclear what role Stalone will play in the next installment, scheduled for a 2021 release.

CNN previously reported that the film already has a star-studded lineup including several actors who were part of the 2016 cast.

Gunn announced that Idris Elba would also be part of the new cast.

It remains unclear who will play the Joker, as Jared Leto does not appear to be coming back in the role of the villain.