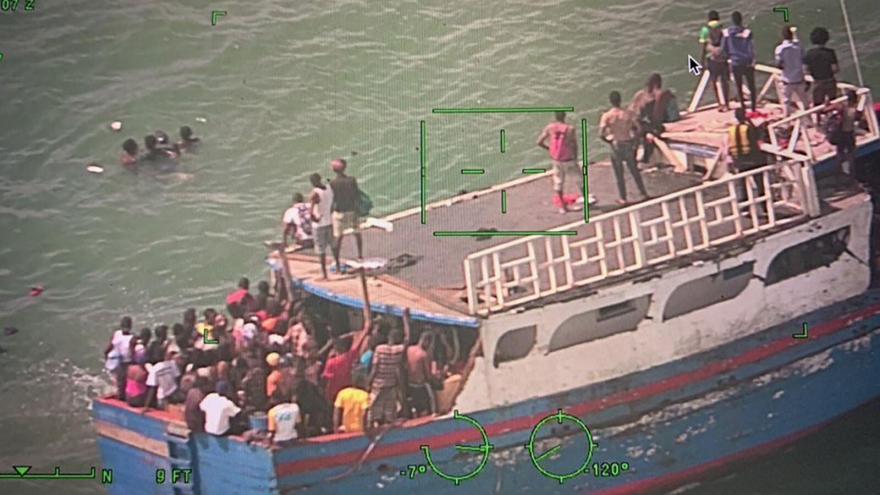 Many of those aboard the stricken boat needed medical attention.

(CNN) -- A boat believed to be carrying about 300 migrants ran aground in the Florida Keys on Sunday, officials said.

Many of the migrants were "in need of medical attention" and 163 swam ashore, US Border Patrol Chief Patrol Agent Walter N. Slosar said on Twitter.

The boat ran aground near the Ocean Reef Club, a private club community in Key Largo, the US Coast Guard said.

"Initial reports show the (people) involved in this suspected smuggling venture are Haitian," a tweet from Coast Guard said.

The vessel had been overloaded by suspected smugglers, Slosar said.

Video shared by The Weekly Newspapers, which operates three papers in the Florida Keys, showed the boat stuck offshore, listing to one side, as scores of people tried to make it land. Many passengers remained on the heavily loaded boat, while others jumped into the water.

"Our priority is keeping everyone safe after this dangerous voyage and grounding," the Coast Guard said. "Multiple agencies responded quickly & worked closely to protect a lot of lives today." Lt. Cmdr. Jason Neiman said in a statement.