Suspected gunman and 2 others killed in shooting at a Houston motel, police say 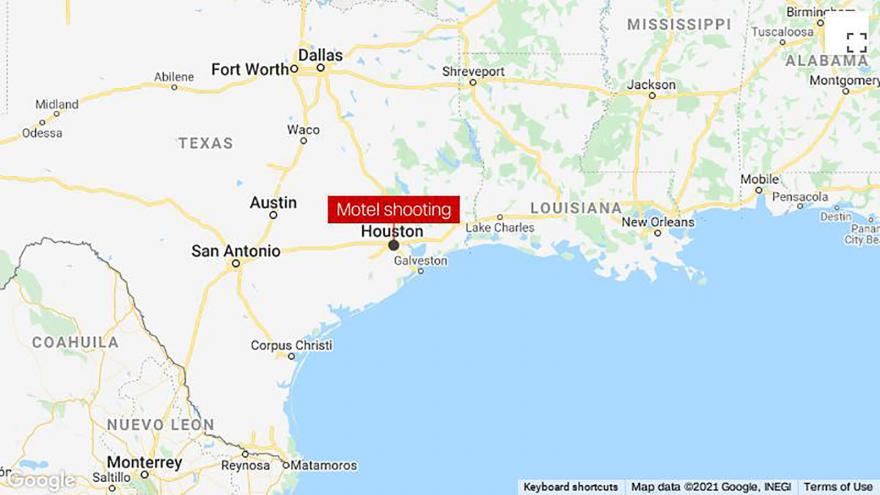 (CNN) -- A shooting at a Houston motel Sunday night left two people and a suspected gunman dead and two others wounded, according to Houston police.

The suspect was located and was found deceased. It's not yet known if he was struck by shots fired by officers during an exchange of gunfire or killed himself, Slinkard said during a news conference.

Police said there is video of the double homicide and the investigation is ongoing.

Houston police received a call they believe to be from the shooter late Sunday night from the Palace Inn motel, Slinkard said.

Slinkard said the caller indicated that the person had weapons and was going to harm or shoot people and shoot at police as they responded to the location.

Officers responded to the scene where they encountered gunfire immediately from the suspect while in their patrol cars in the parking lot, according to Slinkard. They were able to return fire toward the suspect, who was on the second floor.

No officers were hit or injured but their patrol cars were struck multiple times, Slinkard said.

The suspect "went down in the open doorway of his motel room," and officers were able to make their way up to the second-floor area, the police executive chief said.

The officers found two bodies on the balcony -- a male and female.

Two other people in the parking lot were wounded by the suspect during his random shooting, Slinkard said.

"It is a horrific and tragic scene," he said.